“Art is a child’s thing” is the expression that has accompanied the production of the Barranquilla artist Javier Caraballo, who with his paintings proposes a plastic language based on the stages of artistic development of children. In this sense, in his works we can see expressions typical of the scribbling, schematic and realistic stage. Thus, alluding to the first spontaneous graphic traces of children, which the artist calls a “naive stain”. 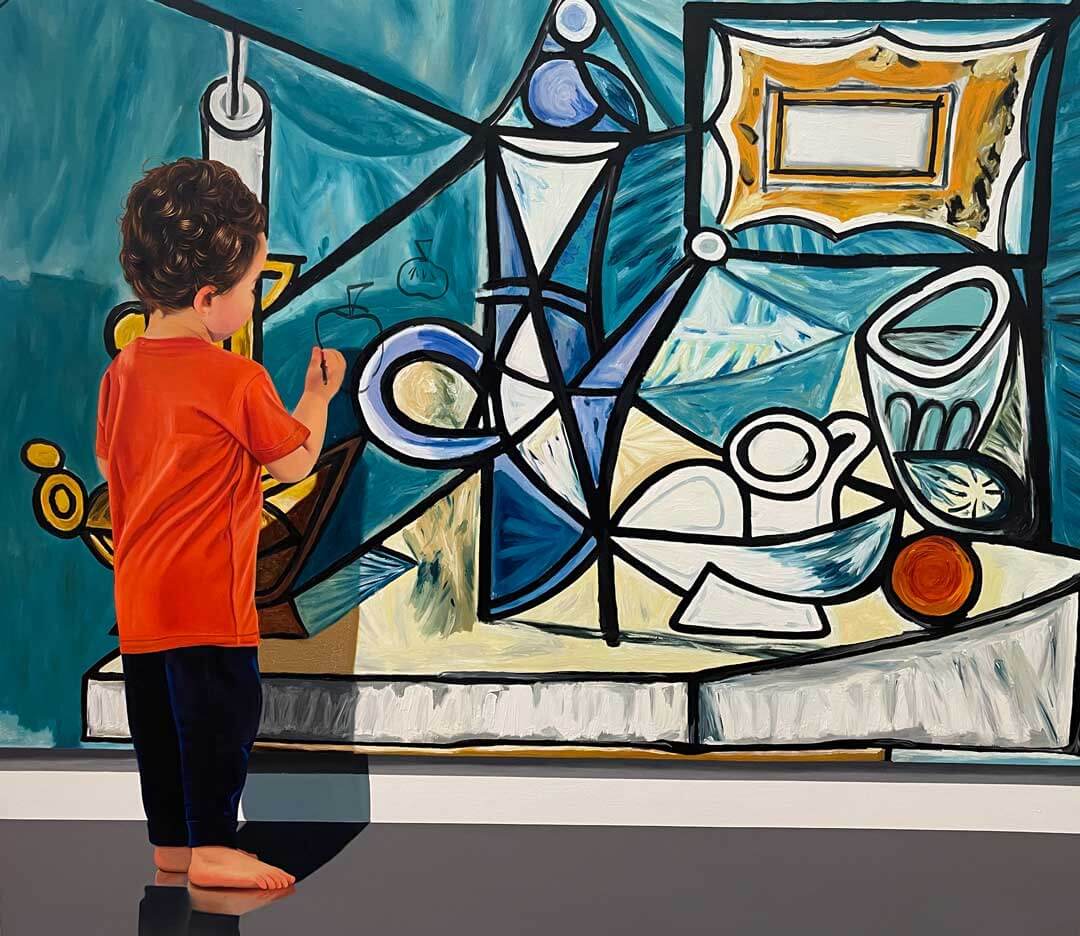 Picasso “From the series masters of painting”, 2022 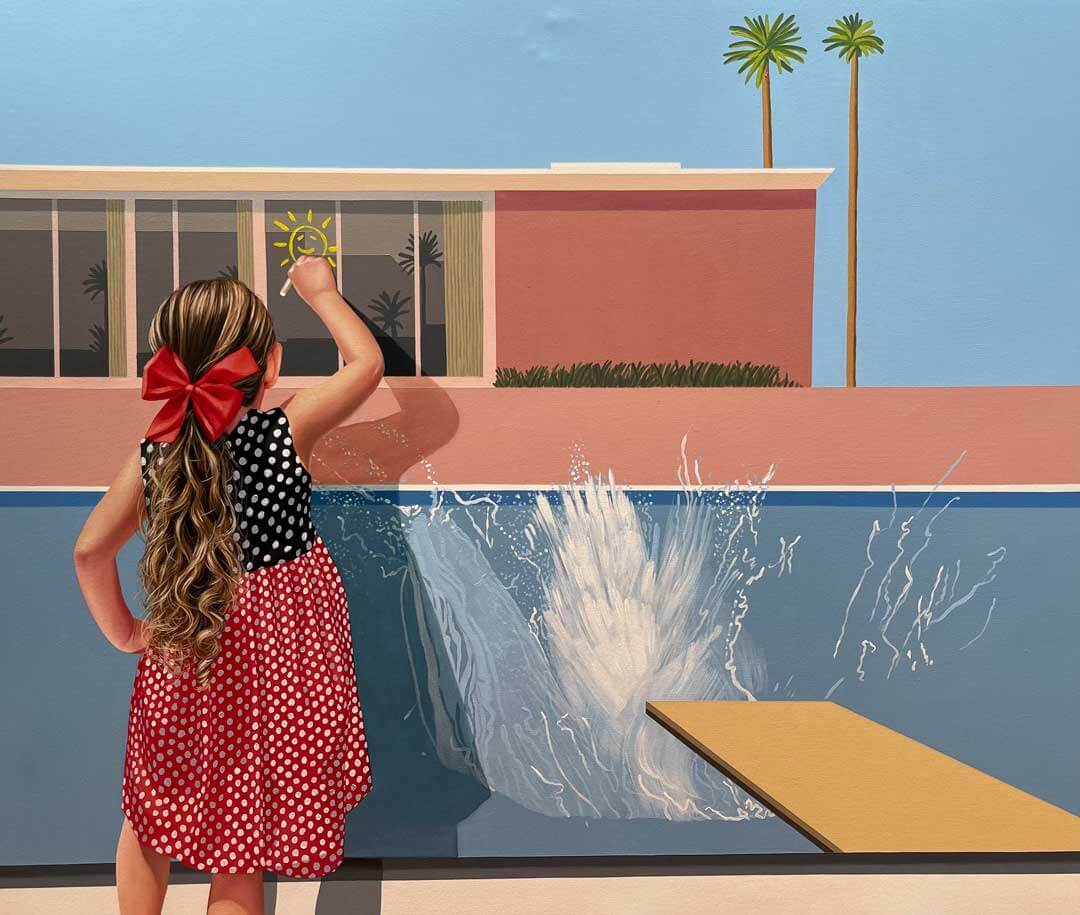 Hopper “From the masters of painting series”, 2022 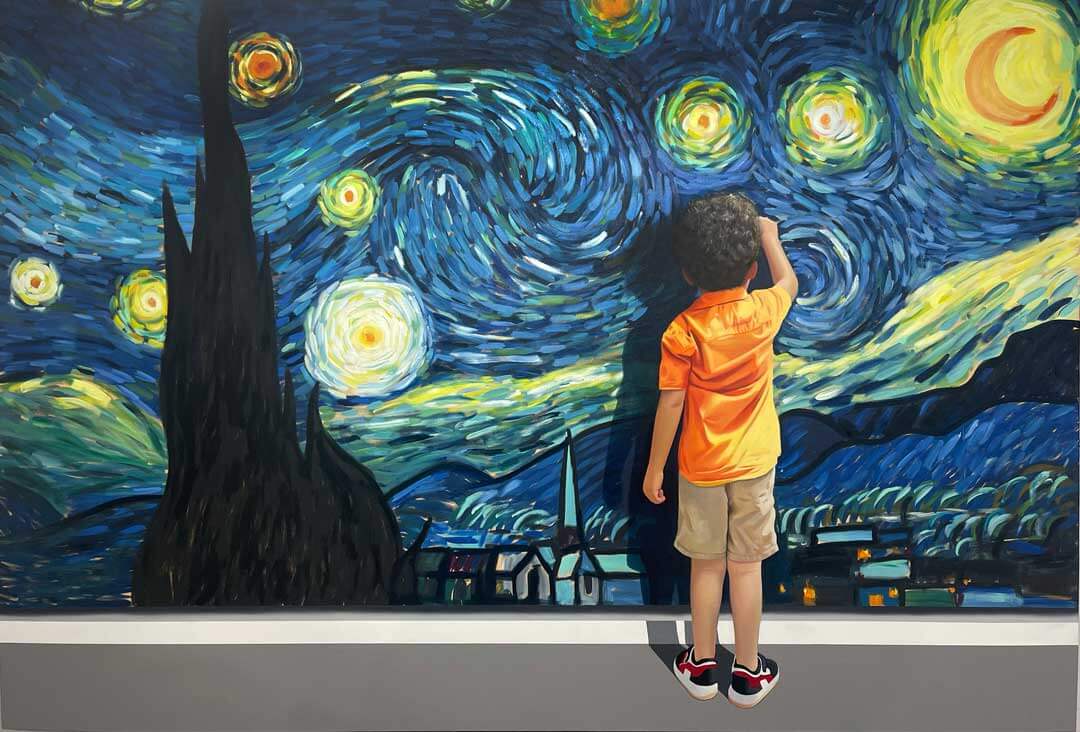 Van Gogh from the “master of painting” series, 2022 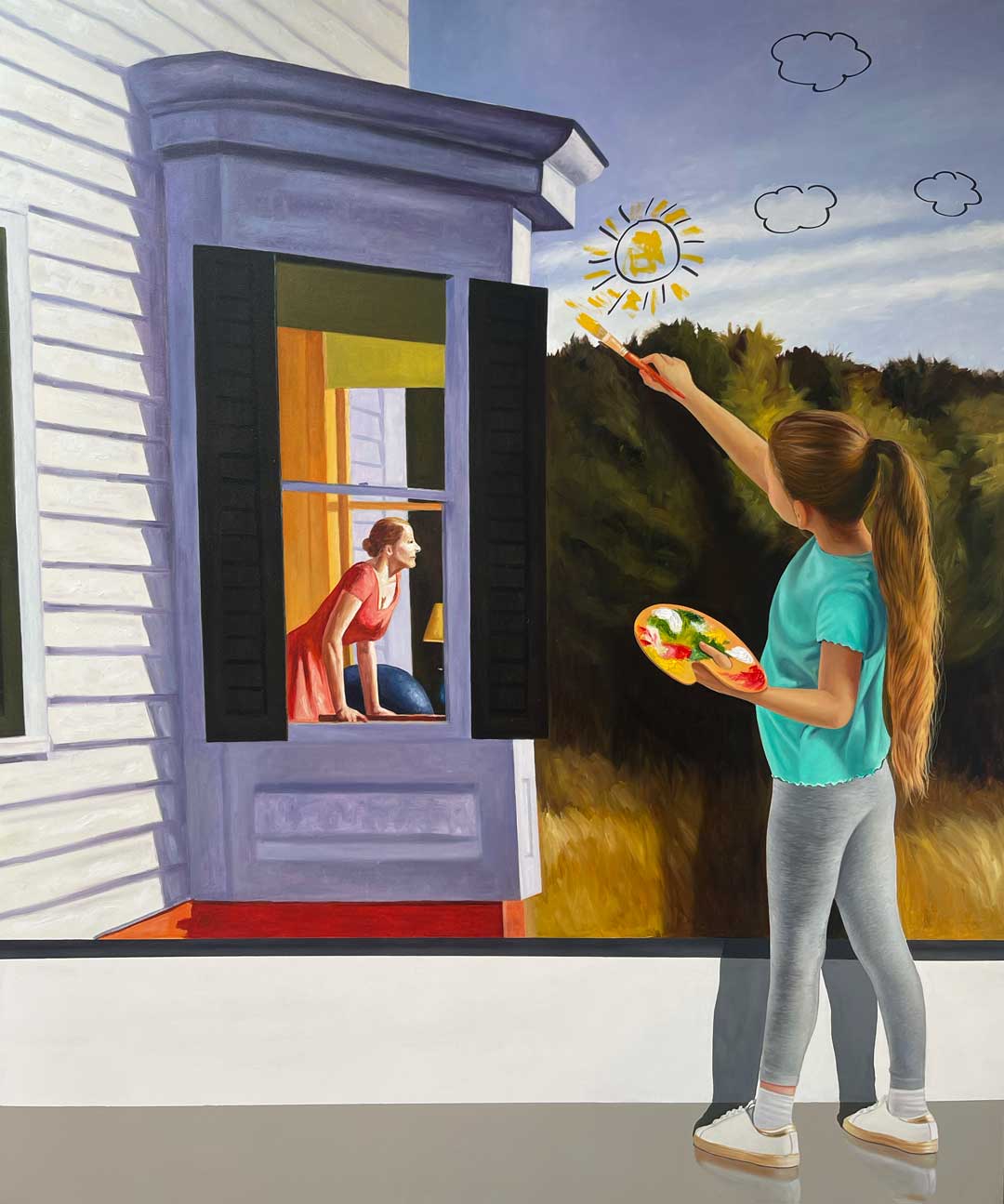 Hopper from the series “master of painting”, 2022 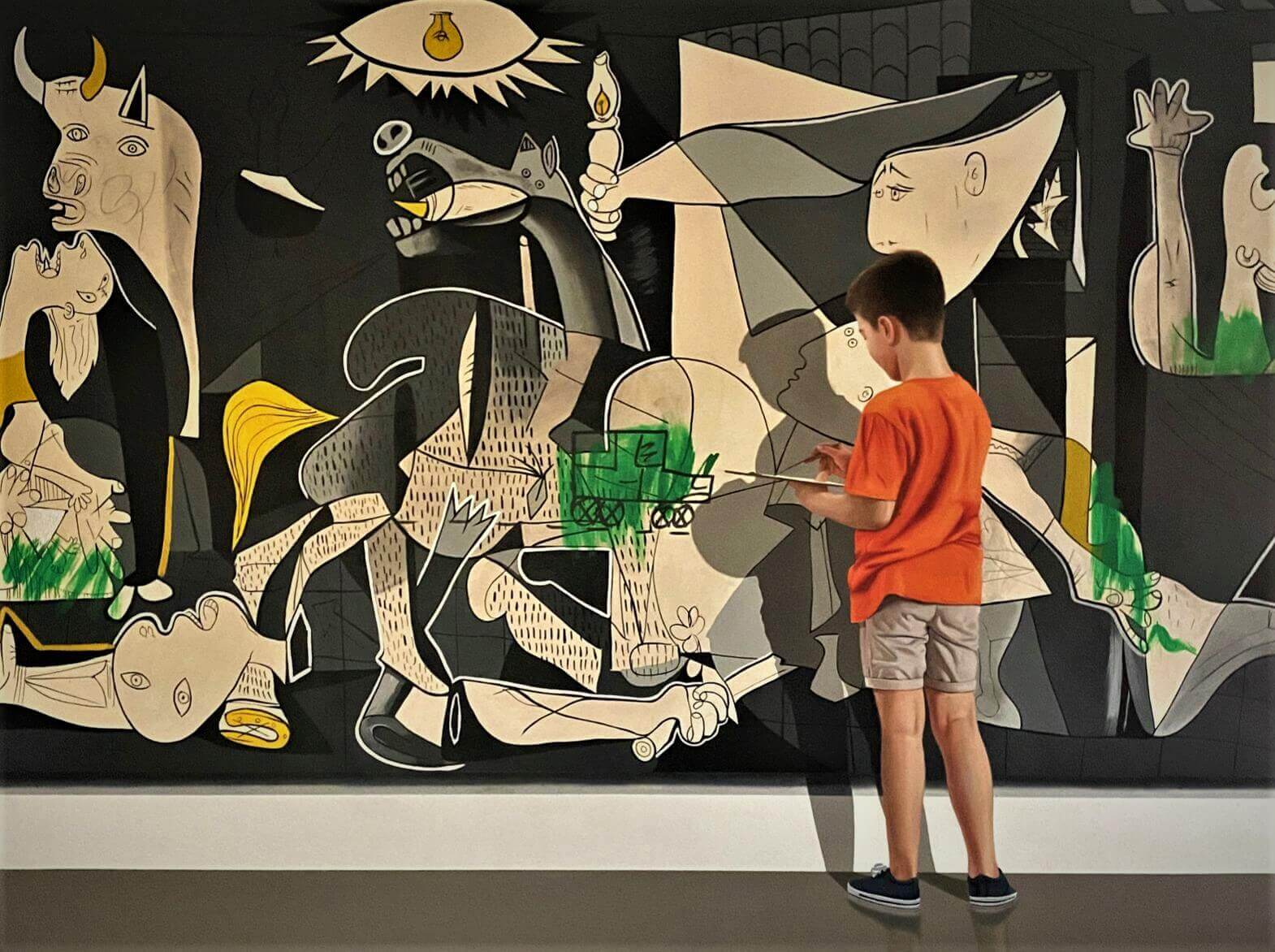 Guernica from the master of painting series, 2022 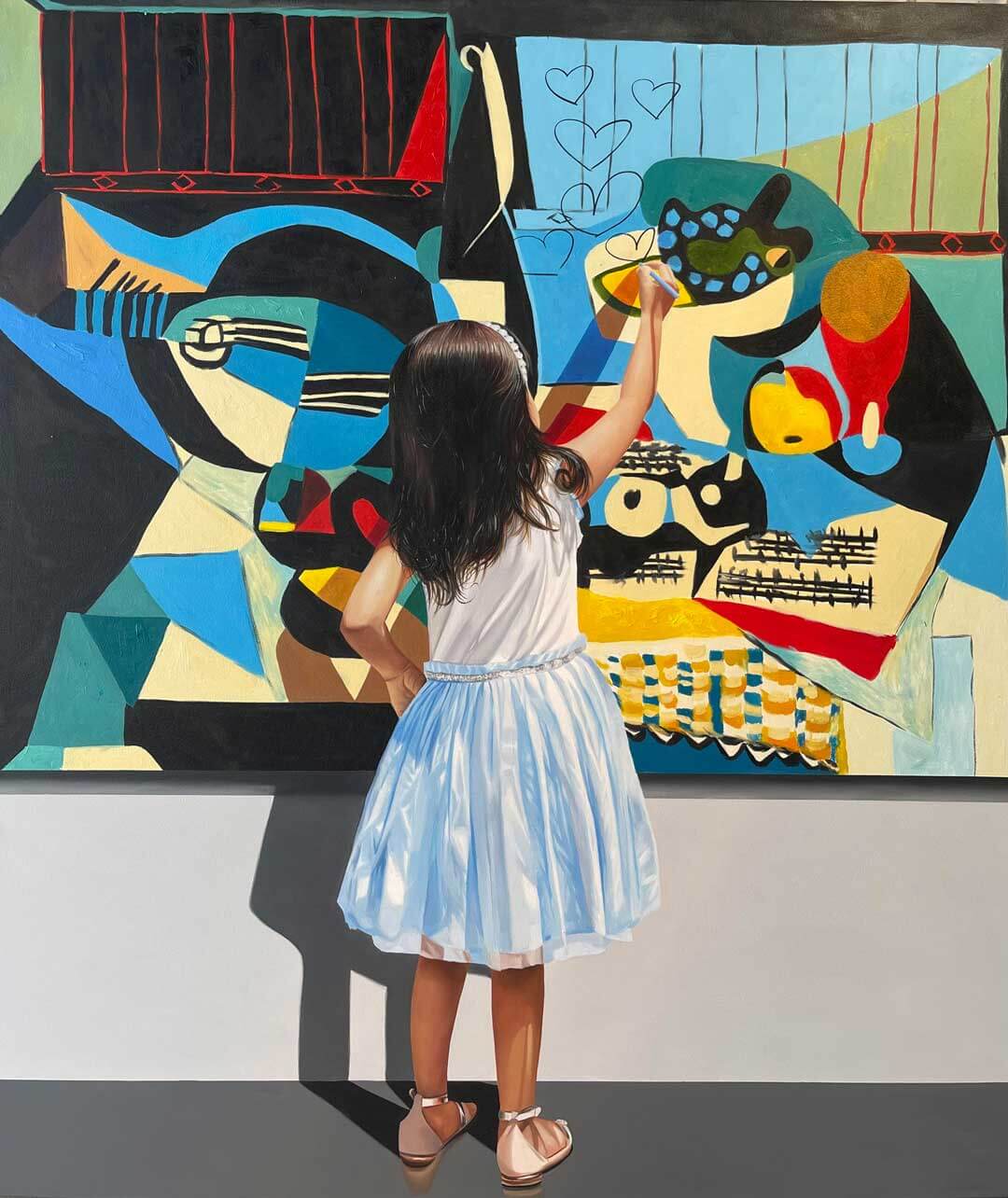 Picasso “from the masters of painting series”, 2022 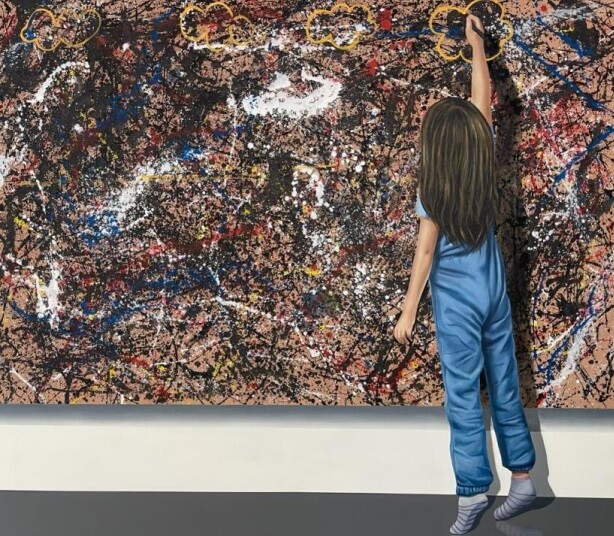 Pollock, from the “Masters of painting” series, 2021 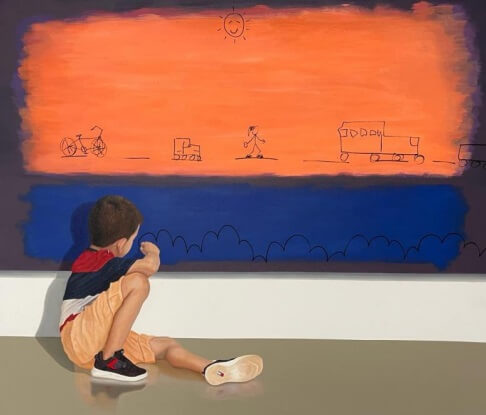 Rothko, from the series “Masters of painting”, 2021 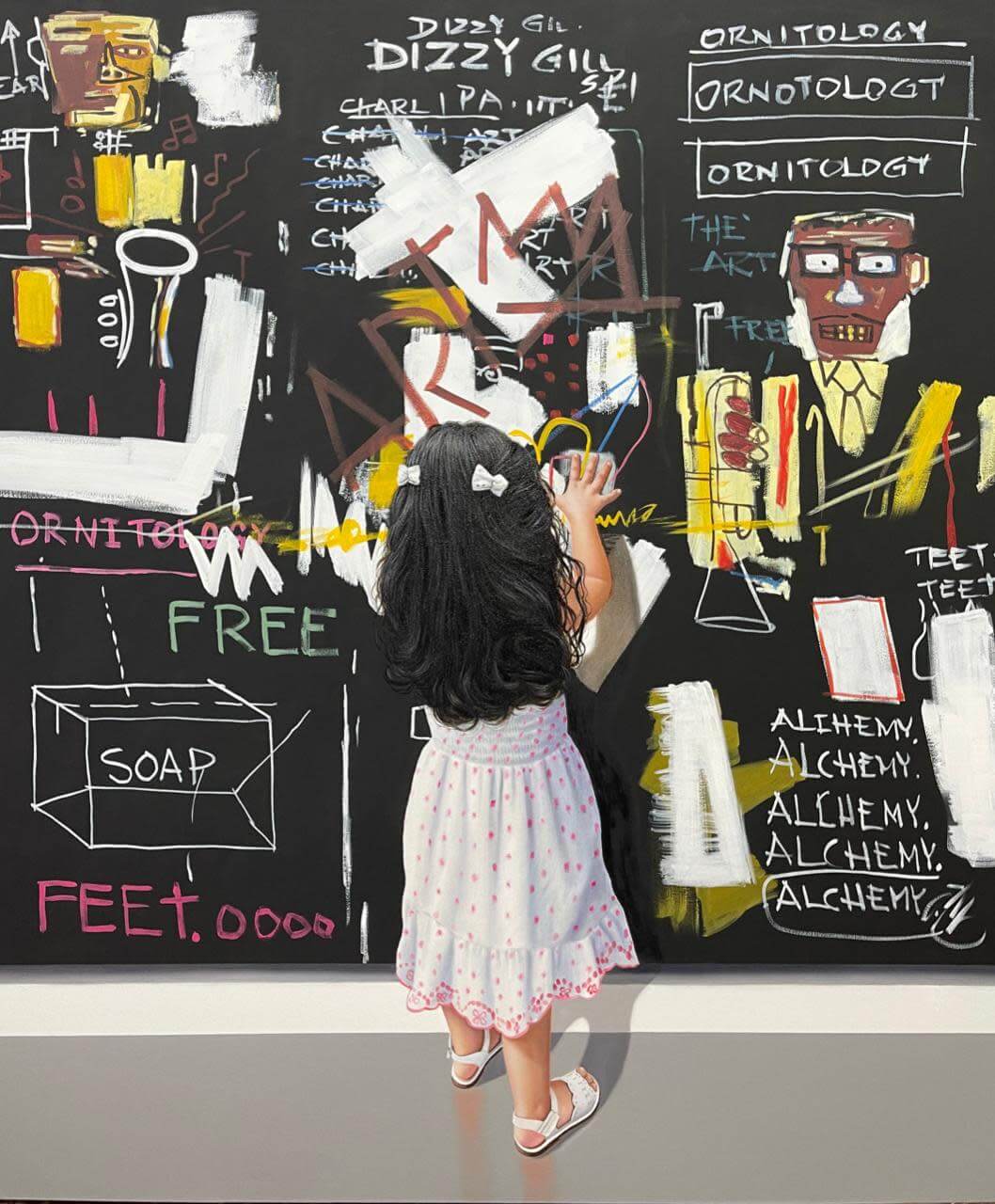 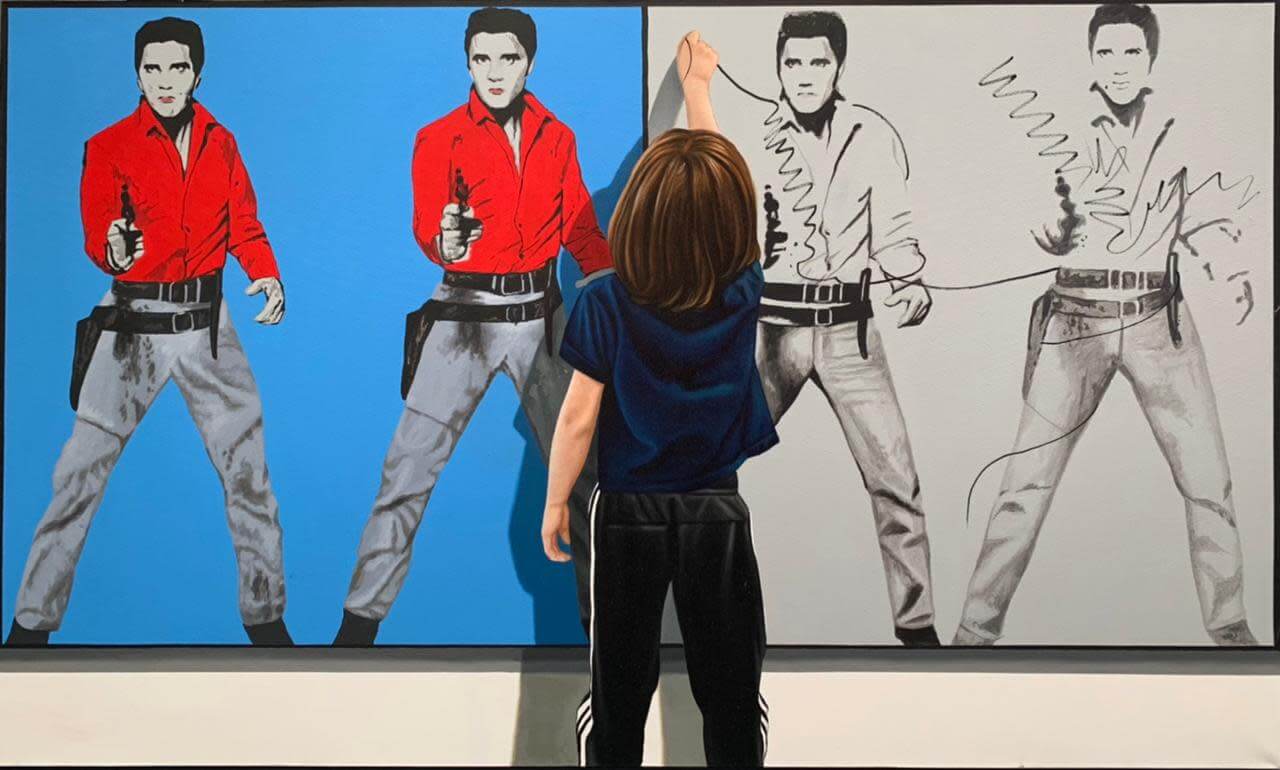 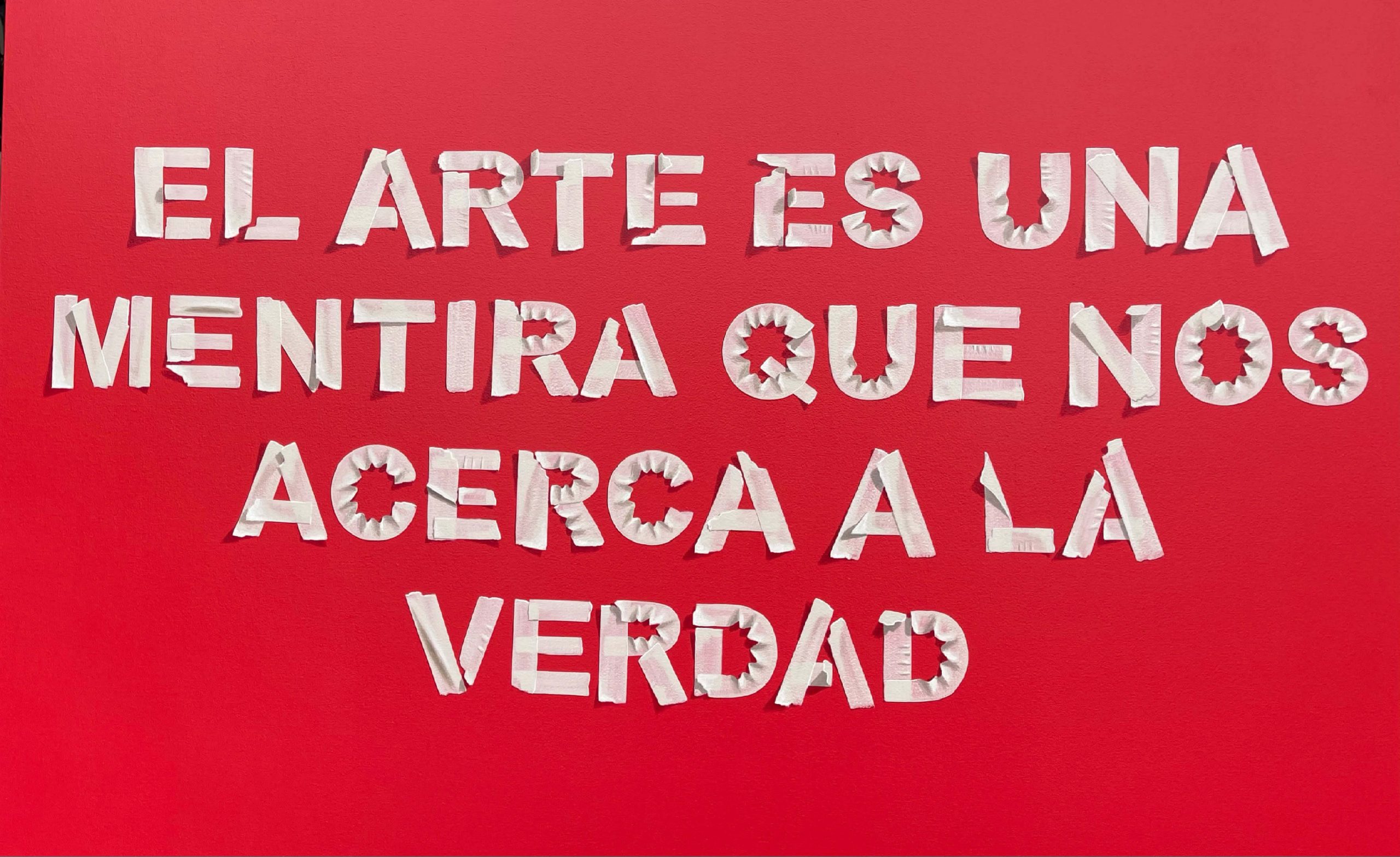 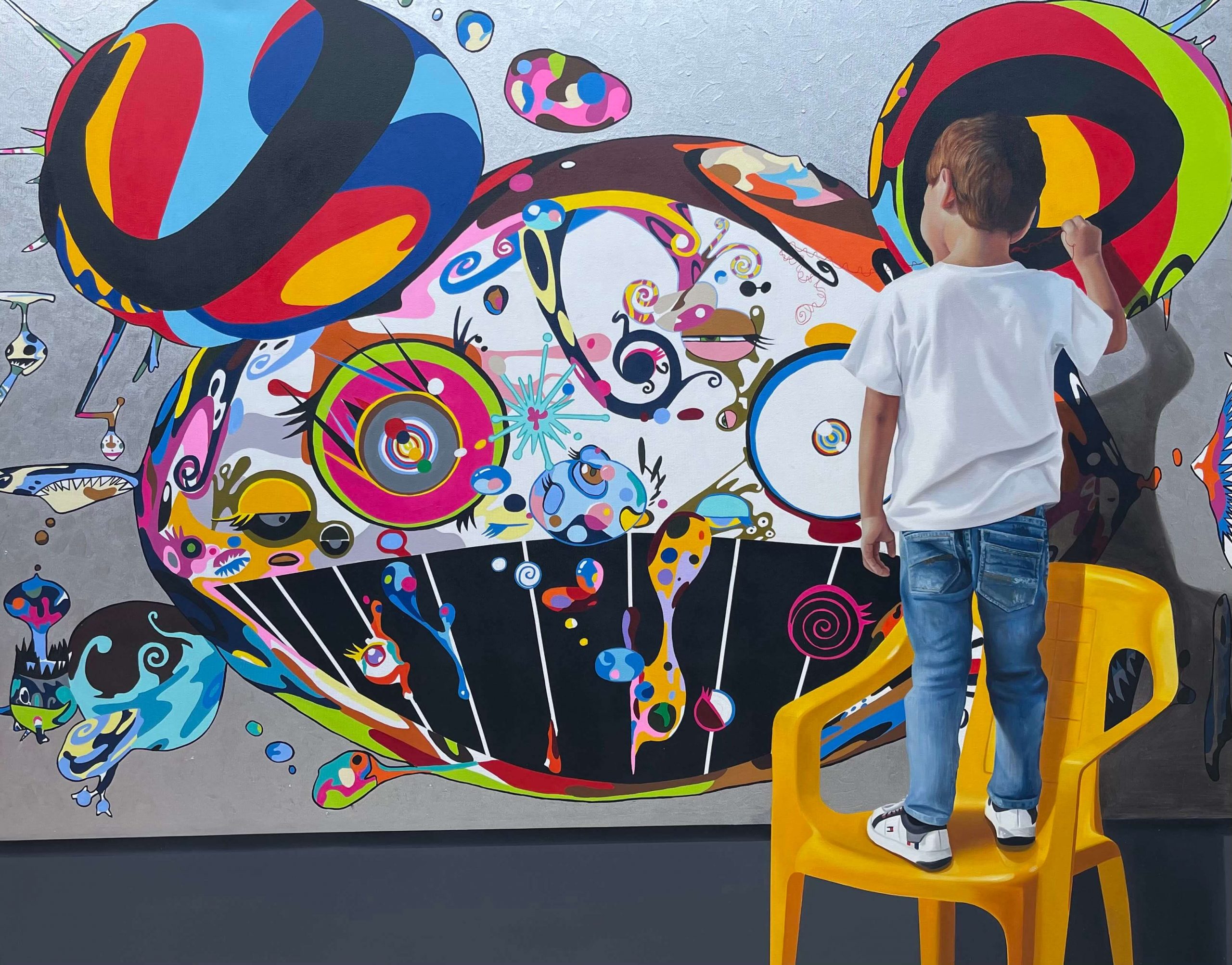 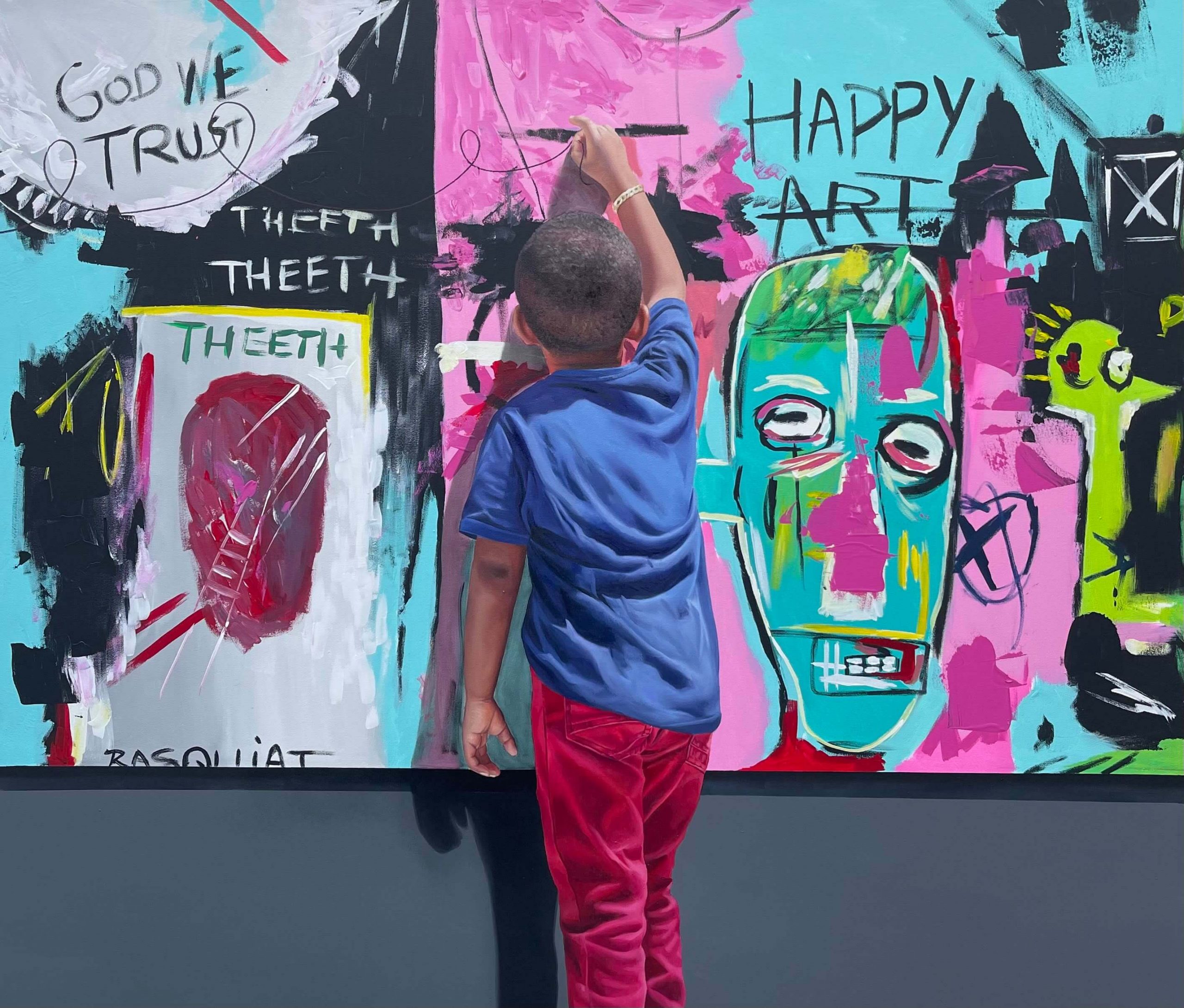 However, Caraballo’s proposal does not end here, but is complemented by the indeterminate use of the works of modern art, which, with the presence of children in his production, propitiates a meaning different from the idiosyncrasy of the masterpiece to which the artist refers. This series, on which the artist has been working for more than ten years, carries an aesthetic discourse that reflects a constant interest in revealing the expressive capacity of childhood, using canonical artists such as Pablo Picasso and Joan Miro, to works by contemporary artists such as Kaws and Murakami, which have influenced the origin of postmodern art movements such as Superflat. In this way, the artist appeals to superimposition to give preponderance to the candid gestures of the children, which are redrawn in the foreground to reveal a tacit sensibility, which, without the presence of children, would remain a simple appropriation.

Javier Caraballo proposes a visual paradox, engaging the viewer through the silent exchange of the gaze and non-verbal language. This compendium of works will give rise to the aesthetic discourse and technical mastery of the renowned artist, to act not only with the memory by claiming memories and erudition, but wishing to desacralize the artistic works to convert them through the innocent gesture in a new artistic experience.

Javier Caraballo holds a Master’s Degree in Fine Arts from the Faculty of Fine Arts of the Universidad del Atlántico, Colombia. His research is directed towards the study of painting and drawing as a graphic language for children and the great works that have shaped the history of painting. This exhibition becomes his seventh solo exhibition, to be held for the first time in the city of Medellin, after actively participating in fairs and exhibitions in cities such as Cartagena, Bogota, Panama, Caracas, Santo Domingo, Florida and Brussels to become the artist of the private collection of the Prime Minister of Luxembourg and the royal family collection of Monaco.