An artist of great versatility, he has worked surrealist, conceptual and pop compositions in his paintings. Álvaro Barrio has been a notable cartoonist and has involved comic elements in his work. In his words, “all contemporary art has left its mark on his pictorial universe”. 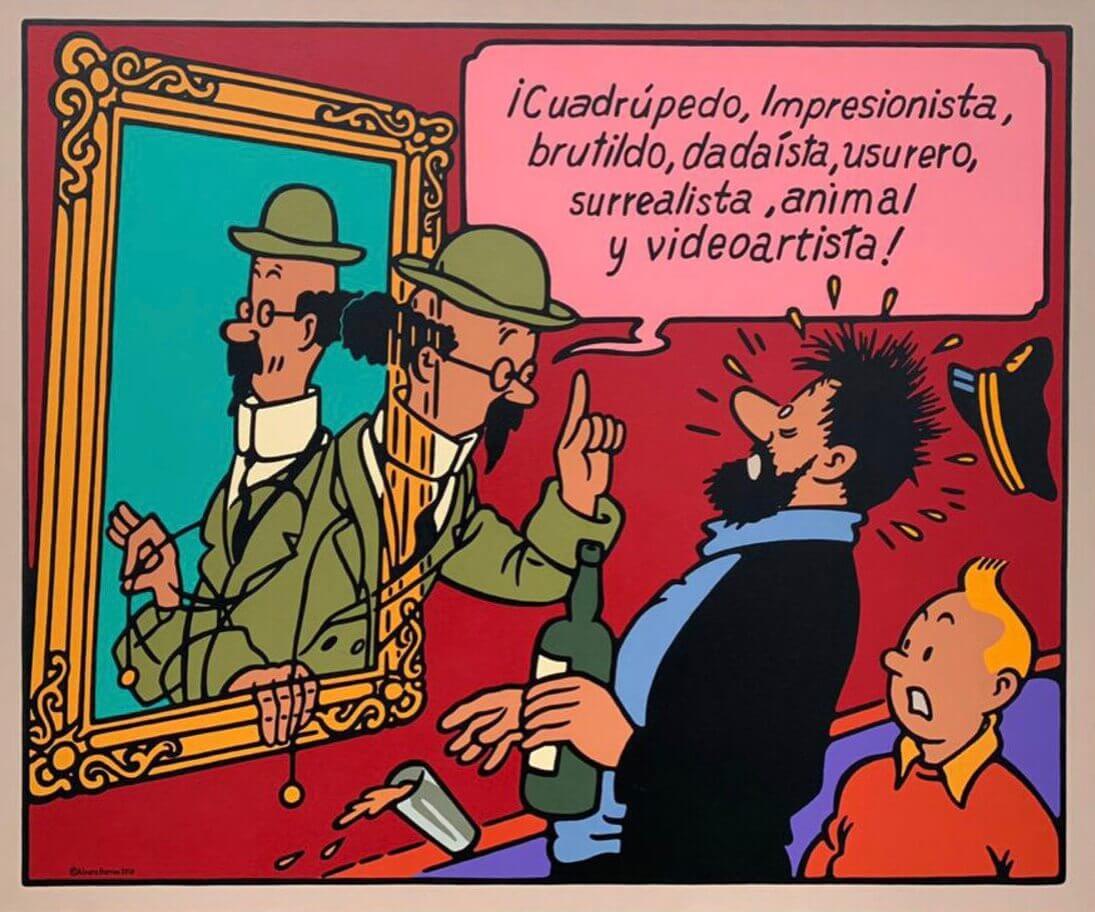 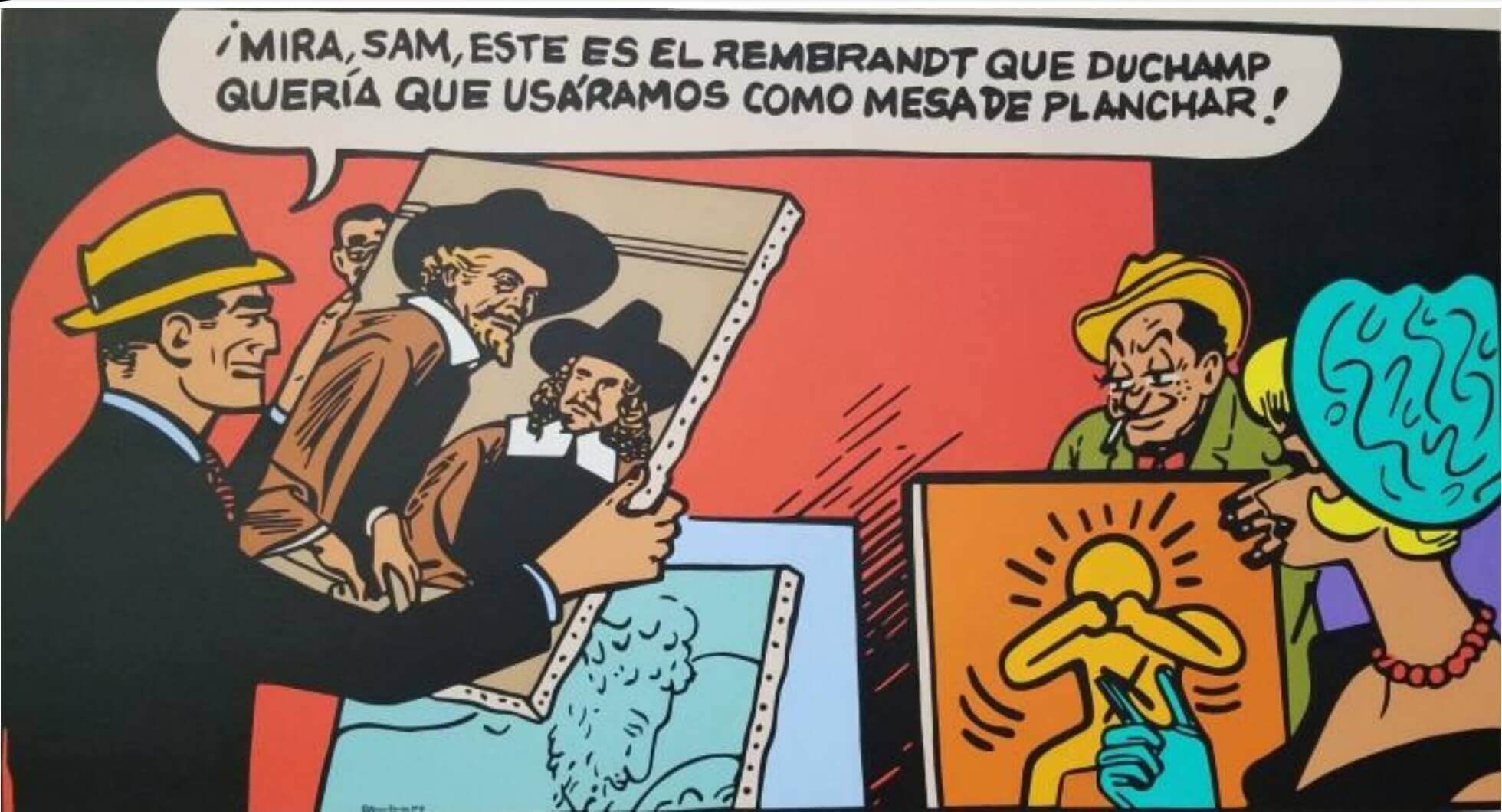 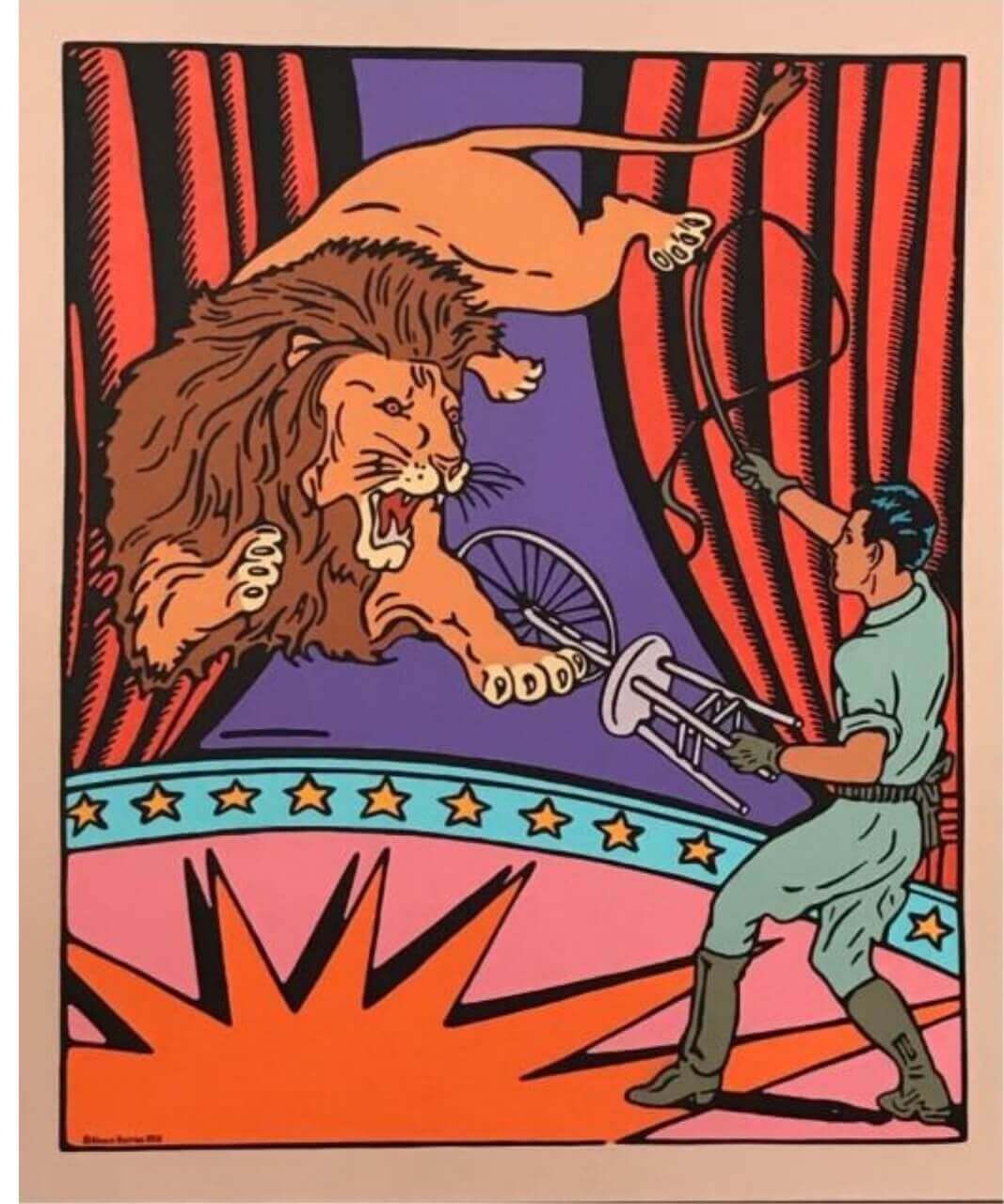 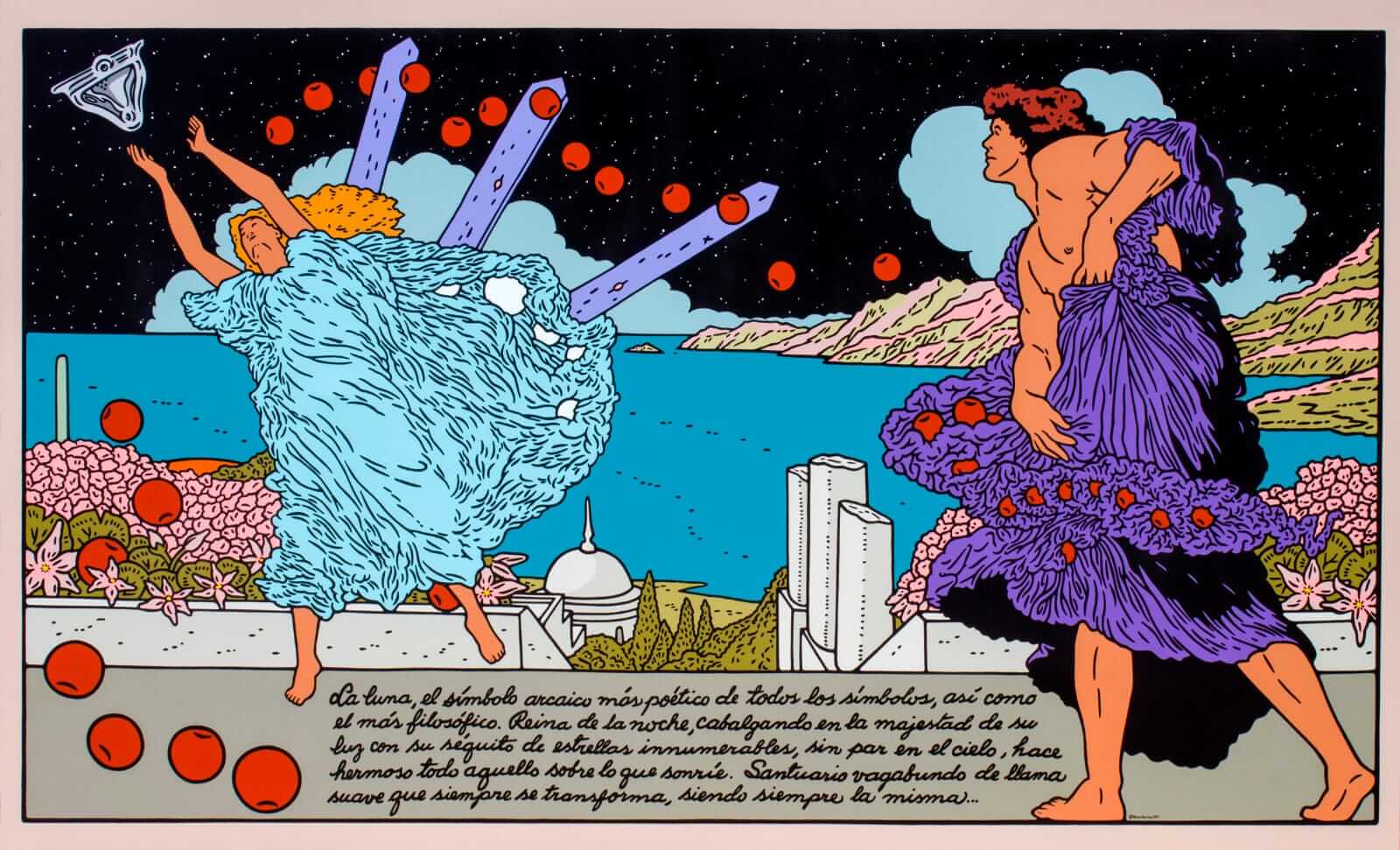 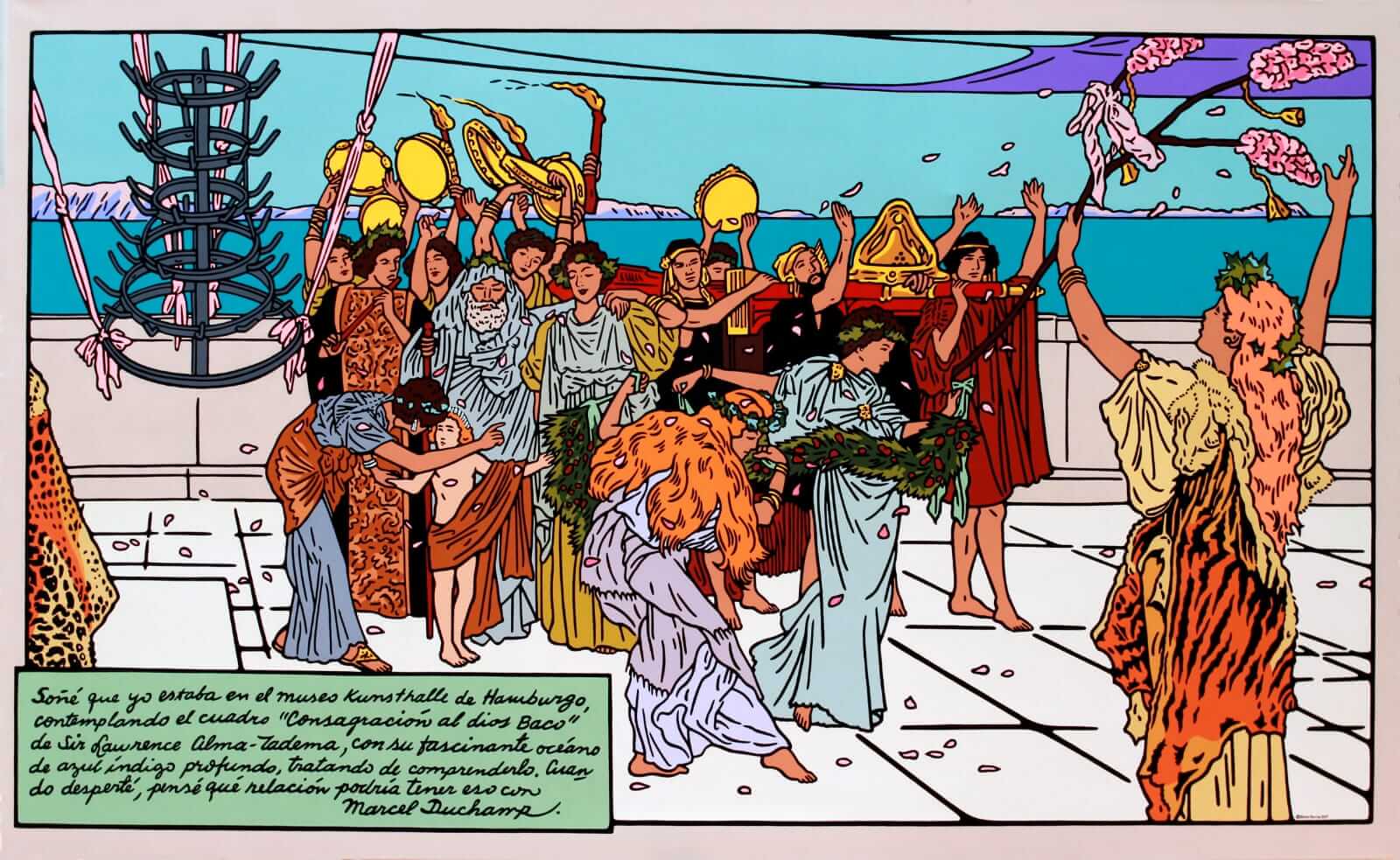 Born on October 27 in Barranquilla, Colombia. From an early age he showed great interest in drawing, making his first drawing at the age of 4: the logo of a local newspaper, before learning to read or write.

Comic strips were always present in his childhood, his mother used to collect them for him.

He studied at the Escuela de Bellas Artes de Barranquilla and architecture at the Universidad del Atlántico. He then attended courses in Art History in Perugia and at the Giorgio Cini Foundation in Venice. He has served as a professor of art at several universities.

In 1965 he had his first individual exhibition at the Casa de Don Benito Gallery, in the old center of Cartagena, after an exhibition of the artist Edgar Negret, who was one of the first artists to become interested in the work of a young Álvaro Barrios. The following year he exhibits “Drawings, collages and comics” at the gallery of the School of Fine Arts.

He has participated in the following international exhibitions: VII Biennial of Paris (1971); IX Biennial of Tokyo (1974); XIII Biennial of Sao Paulo (1975). He received the Gold Medal at the IX Tokyo Biennial (1974); the Prize of the first Latin American Printmaking Triennial, Buenos Aires (1979), and the Luis Caballero Prize, Santafé Gallery, Bogota (1998).

In 2001 he won the Latin American Prize for Painting and Mixed Techniques at the first Biennial of Buenos Aires, Argentina with his series “Los Cincuenta Caminos de la Vida” (“The Fifty Paths of Life”). 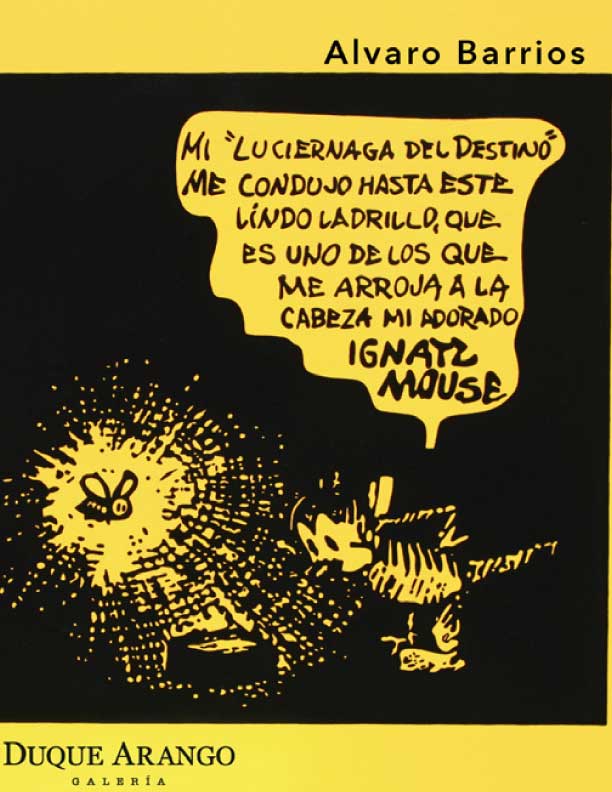