Claudio Bravo was a famous Chilean painter, known for his hyperrealist still lifes and figurative paintings. 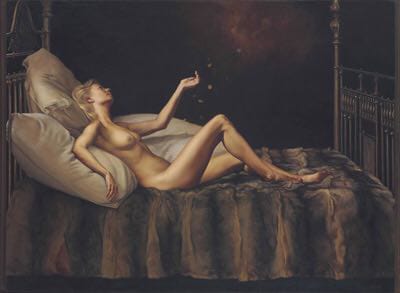 Claudio Bravo was a famous Chilean painter, known for his hyperrealist still lifes and figurative paintings. Equally representative of an exclusively Chilean convention as an art historical reference, Bravo’s work was influenced by baroque and surrealist styles. Born on November 8, 1936 in Valparaíso, Chile, he received no formal artistic training and would achieve international recognition. His trompe l’oeil paper packet paintings, which he began in the early 1960s, caught the attention of the American art world, prompting Bravo to move to New York. He painted portraits of numerous prominent political figures, including the Marcos presidential family of the Philippines and Spanish dictator Francisco Franco. His works are in major collections such as the Museum of Modern Art in New York and the Philadelphia Museum of Art, and he received the Gold Medal of Honor from Casita Maria in the Bronx. The artist died on June 4, 2011 at his home in Taroudant, Morocco.