In a spacious and impeccable workshop, part of his residence in the city of Cali, Pepe Toledo has been working since the end of the 20th century. There he made his first paintings, moved on to sculpture, and is currently working on a series of collages to be exhibited at the Museo de Arte de Pereira, Colombia. 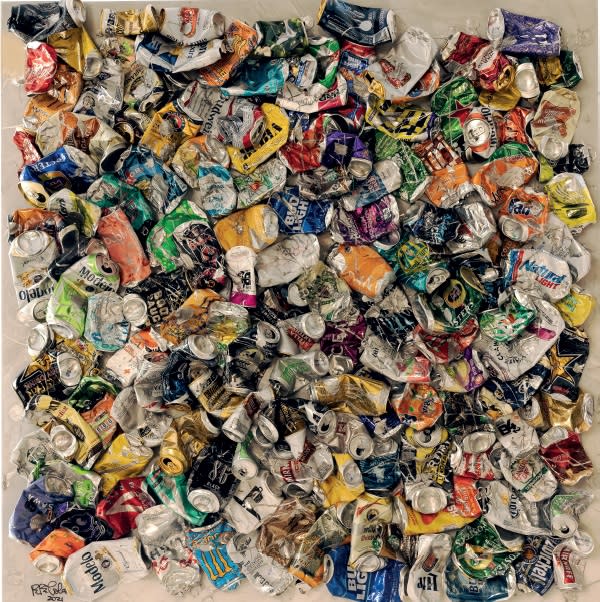 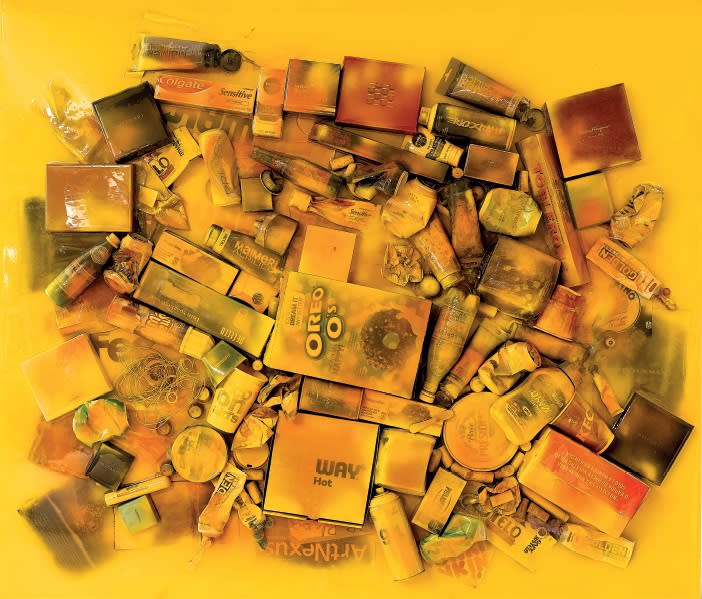 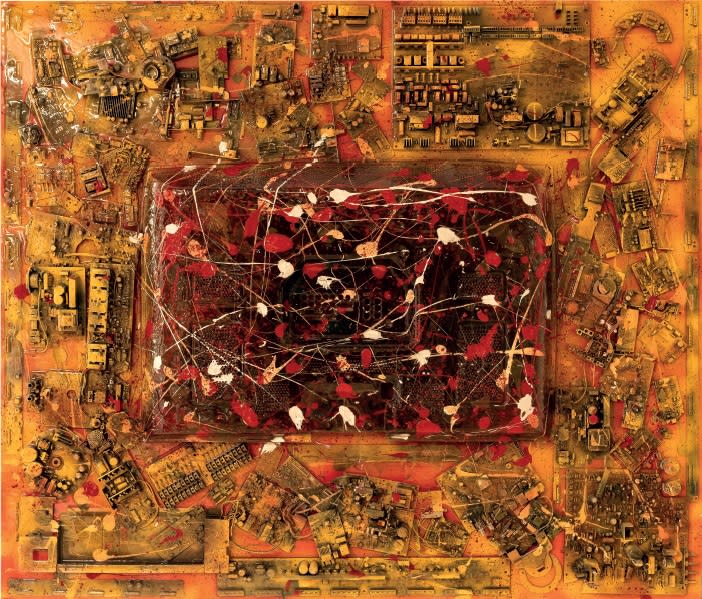 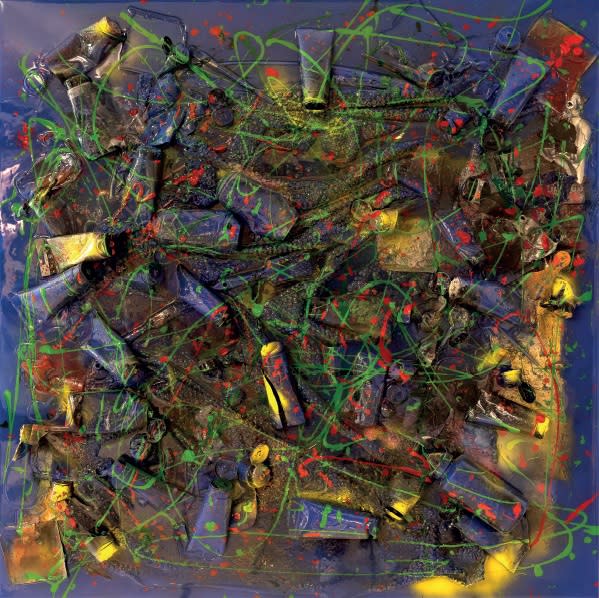 Pepe Toledo declares that this series corresponds to the work resulting from the general confinement of the planet and his personal one, due to the coronavirus. The solitude of his studio has led him to reflect on his previous work to take a new route that leads him to the observation of his environment, his work tools and domestic daily life. In this sense, Toledo is part of a creative process in which he manifests his ability to reinterpret the meaning of collected objects, domestic and industrial, in order to revalue them as form and concept in the context of art. Each of these collage-works could be considered a metaphor for their visible and known physical reality that becomes a meaningful aesthetic experience. Here, the waste materials lose their original and utilitarian character to be integrated into a “whole-form” that, according to the composition proposed by the artist, is placed or rather, spatially embedded on a resin support.

Toledo consciously starts from a previous sketch, but in the course of the realization of the work, he frees himself from this sketch to open the floodgates to his fertile creative phenomenon. Among the important values of his work are the material, rough and dense textures, which enrich the “pictorial” surface of the work, his creative attitude and the quality of execution.