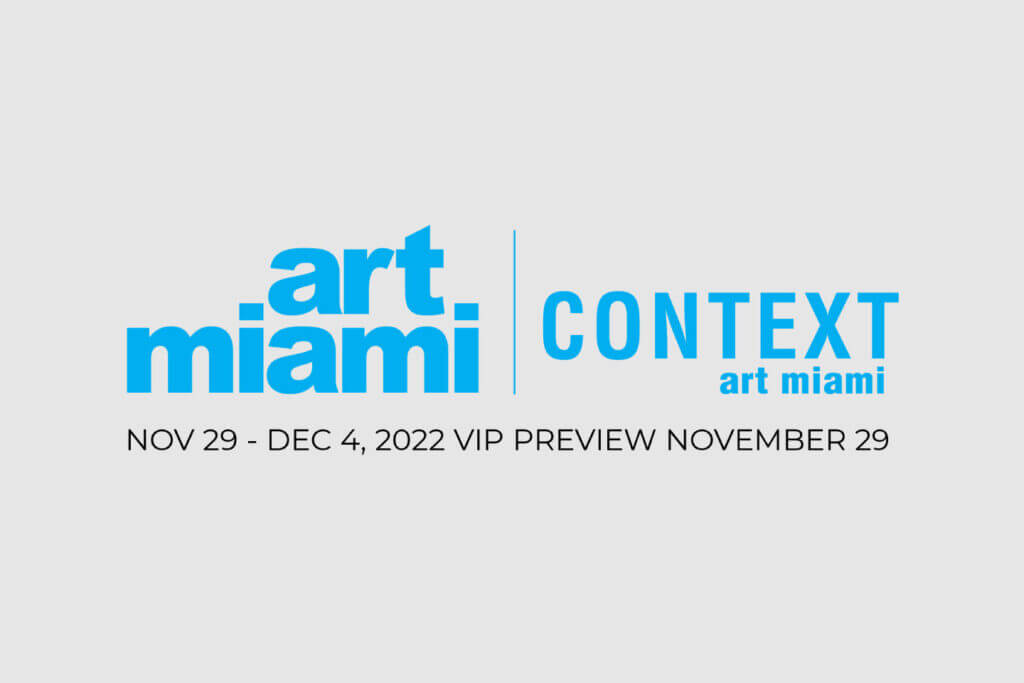 Art Miami, which showcases the most significant works of art of the 20th and 21st centuries, is a must-attend fair for collectors, curators, museum professionals and art enthusiasts. It is one of the largest and most prestigious art fairs in the world. Each year, hundreds of thousands of people travel to Miami to view and purchase art from some of the most renowned galleries and artists from around the world.

This year will feature more than 165 leading international galleries showing thousands of works by more than 900 artists.

With more than 17 events

Art Miami Week will feature a wide variety of fairs, events and exhibitions.

Art Basel Miami Beach is the largest of all the festivals held at the Miami Events Center, which will bring more than 280 galleries from around the world.

Design Miami brings together the world’s best galleries to showcase museum-quality exhibitions of 20th and 21st century furniture, lighting and art objects.
Art Miami is the busiest international art market in the United States and the second busiest internationally, with established and emerging collectors, curators, museum professionals and members of the press, and art industry celebrities attending each year.

Also, other events worth mentioning are Ink Miami Art Fair, Satellite Art Show, Alcance Miami Week, Untitled Miami, Context Art Miami, Pinta Miami and many others.
But beyond the movement that occurs in the events that take place at Art Week Miami, being such a globally known fair, it has an important economic impact on both the art market and Miami.

Art Basel’s economic impact last year was nearly $80 million. That number is likely to increase this year. This is taking into account that the art market is booming at the moment:

Auction sales are also up. Christie’s, Sotheby’s and Phillips reported a 21 percent increase over the same period last year. The number of art fairs has also increased by 20 percent and is approaching pre-pandemic levels.

Currently, Art Miami Week represents about 10% of Art sales in the United States, in addition to the knowledge that it generates growing revenues for local businesses estimated at between $400 and $500 million USD annually in related economic impact as a result of the fair; it also increased attention on Miami as an art city with untapped potential.

The Greater Miami Convention and Visitors Bureau has tracked the economic impact since 2001 that it gives as a result. Hotel occupancy figures have increased each year, peaking at 85.5% in 2019 and dropping only to 80.1% in 2021, for COVID reasons.

This week is also a great generator of jobs, since for months the organizers have been looking for all the help they can get to do all kinds of work before, during and after the fair and all the events that accompany it.

It is also estimated that the public will spend more than $60 million on hotel rooms during these days, according to David Whitaker, president of the Greater Miami Convention and Visitors Bureau.

Last year, during art week, Miami International Airport saw an average of 130,000 passengers per day, which was a 5% increase in traffic over 2019 (the last year Basel prepandemia was held) in that same week. By 2022, airport sources expect at least another 5% increase in passenger traffic.

All this revealing that the economic impact for this week is not only reflected in the art sector, but in the entire local economy is a benefit thanks to this fair.

We at the Duque Arango Gallery are delighted to once again be part of the Art Miami Fair from November 29 to December 4, to close 2022 with an exceptional presentation of modern and contemporary works of art; a celebration of the history of the Gallery and all those who have been part of it this gratifying year. We will once again be joined by representative artists of Latin American art such as Julio Larraz, Olga de Amaral, Fernando Botero, Sair García, Gustavo Vélez and Ariel Cabrera.

We invite you to visit our booth: Art Miami 208.