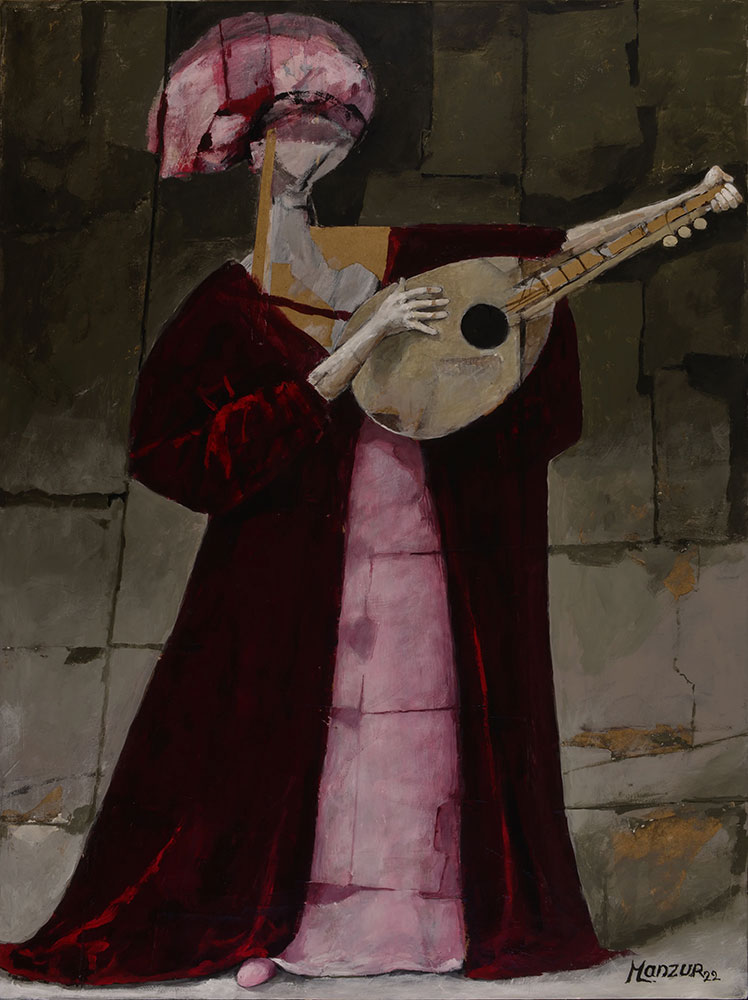 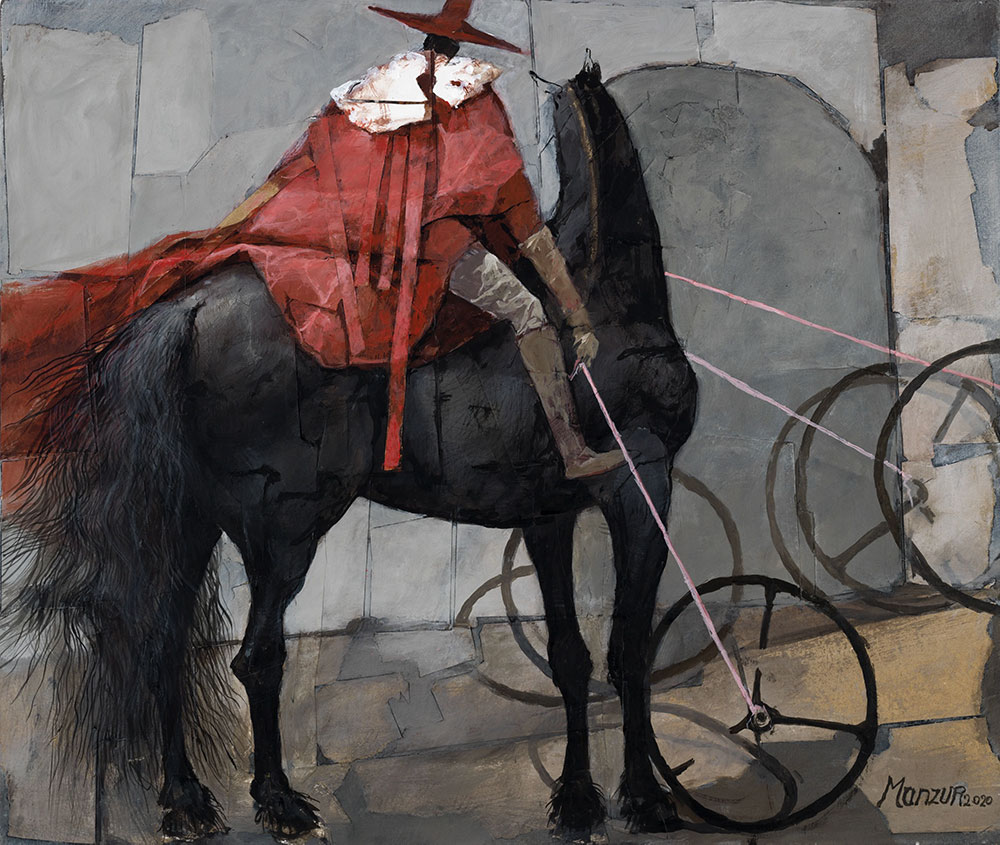 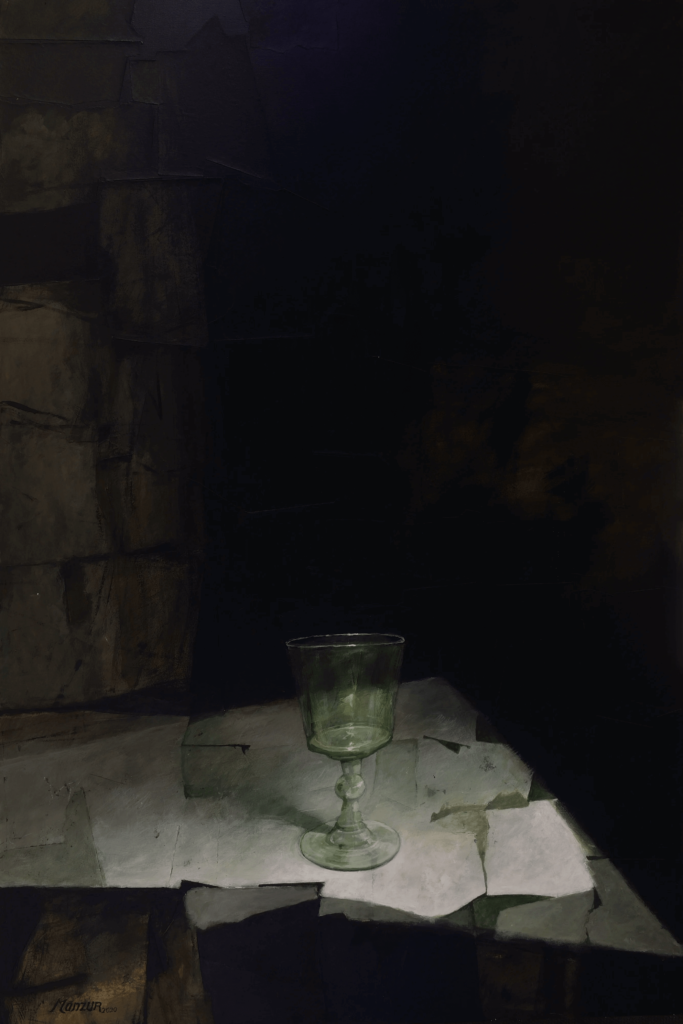 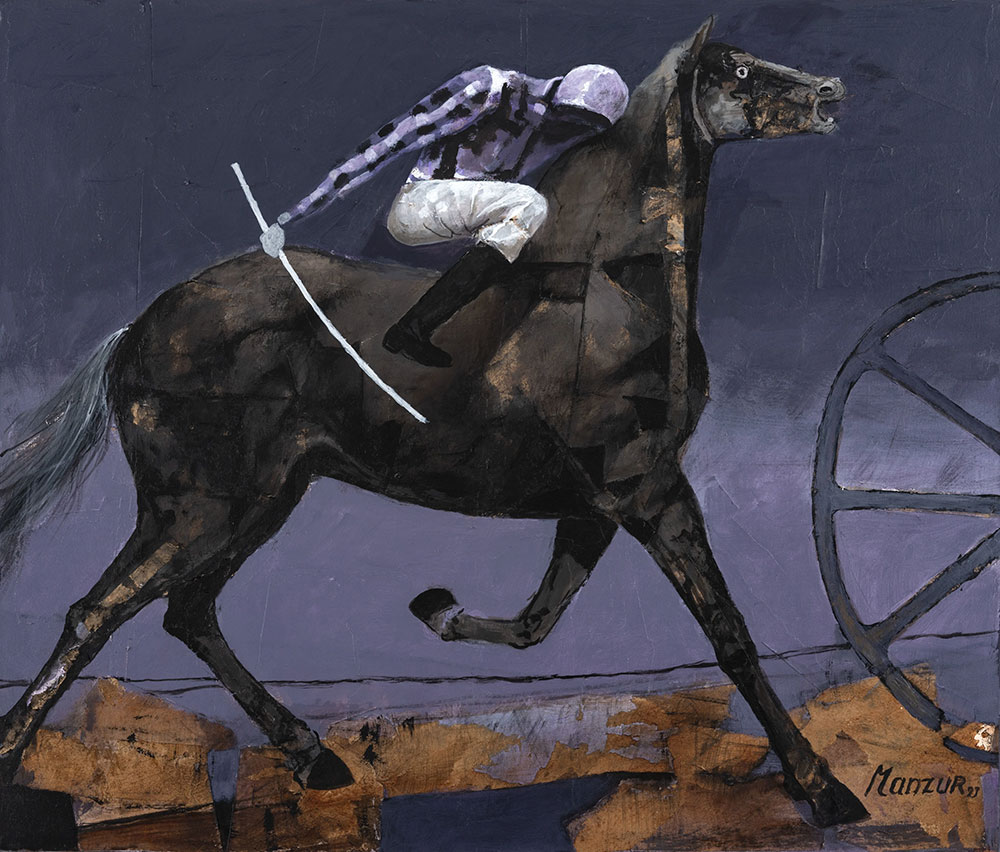 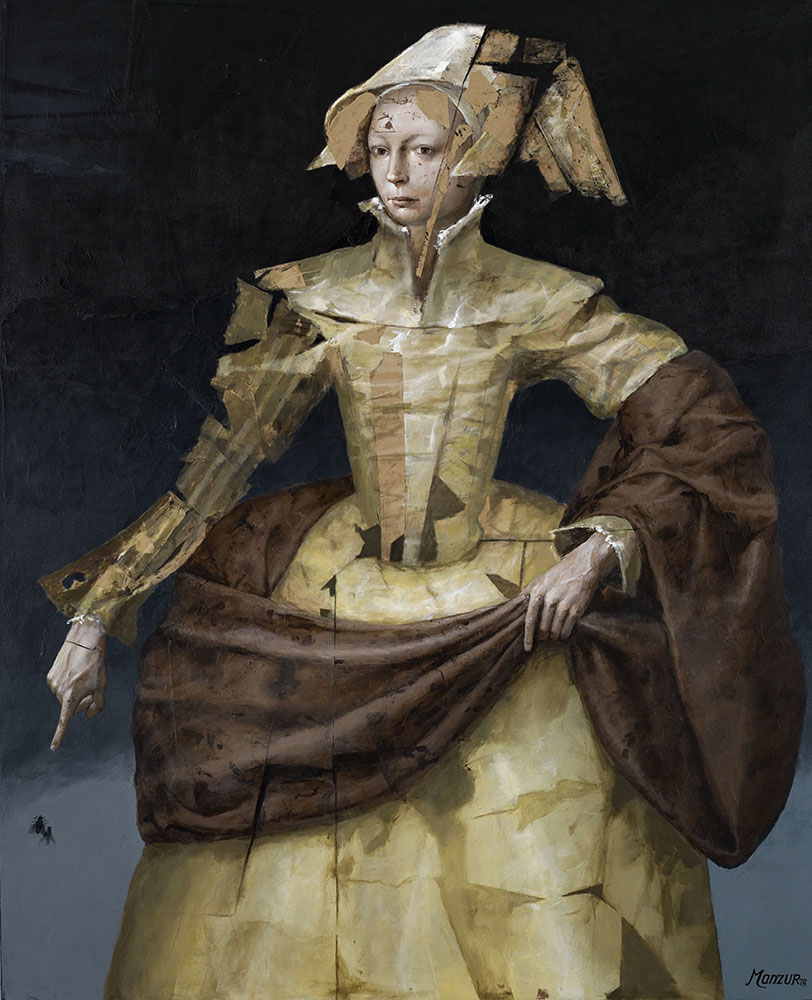 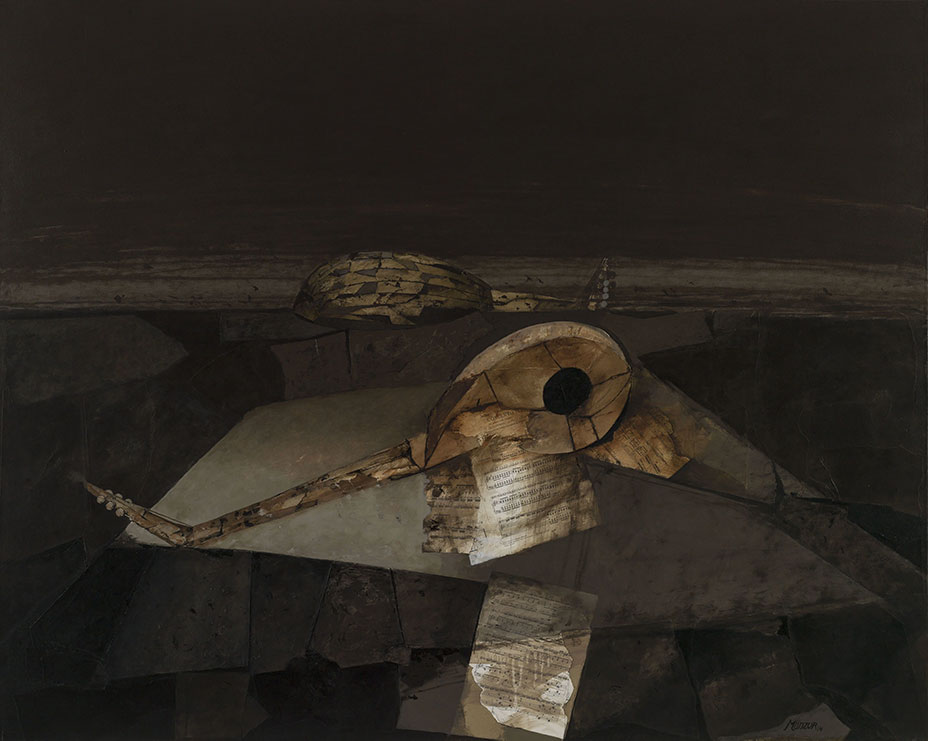 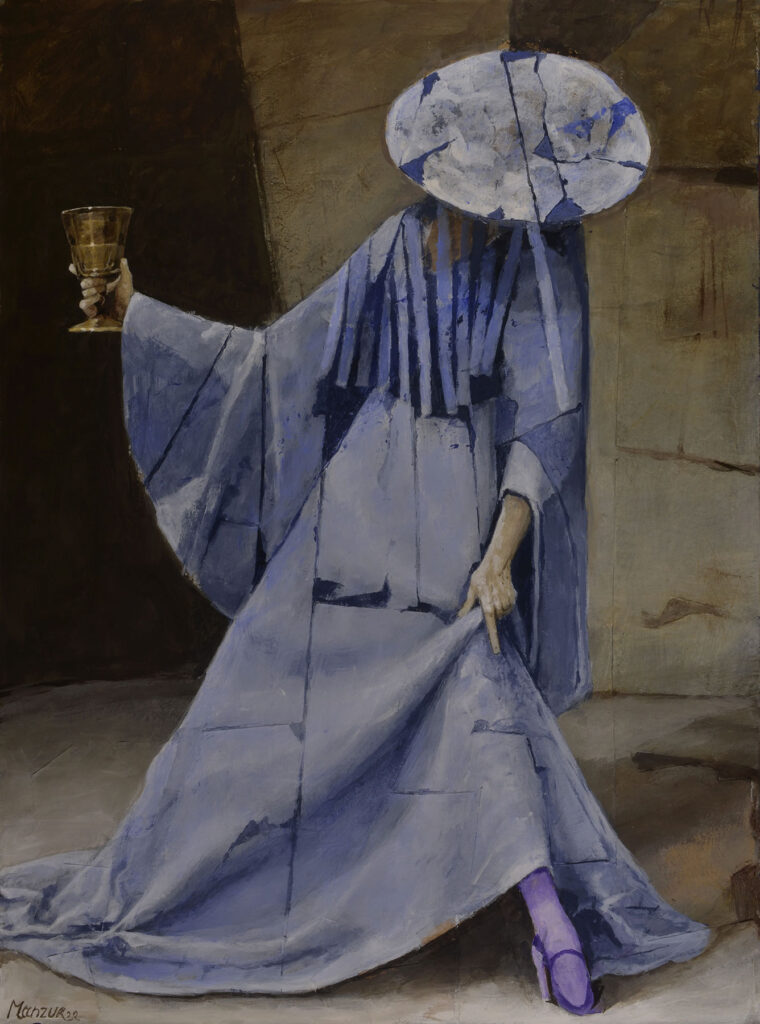 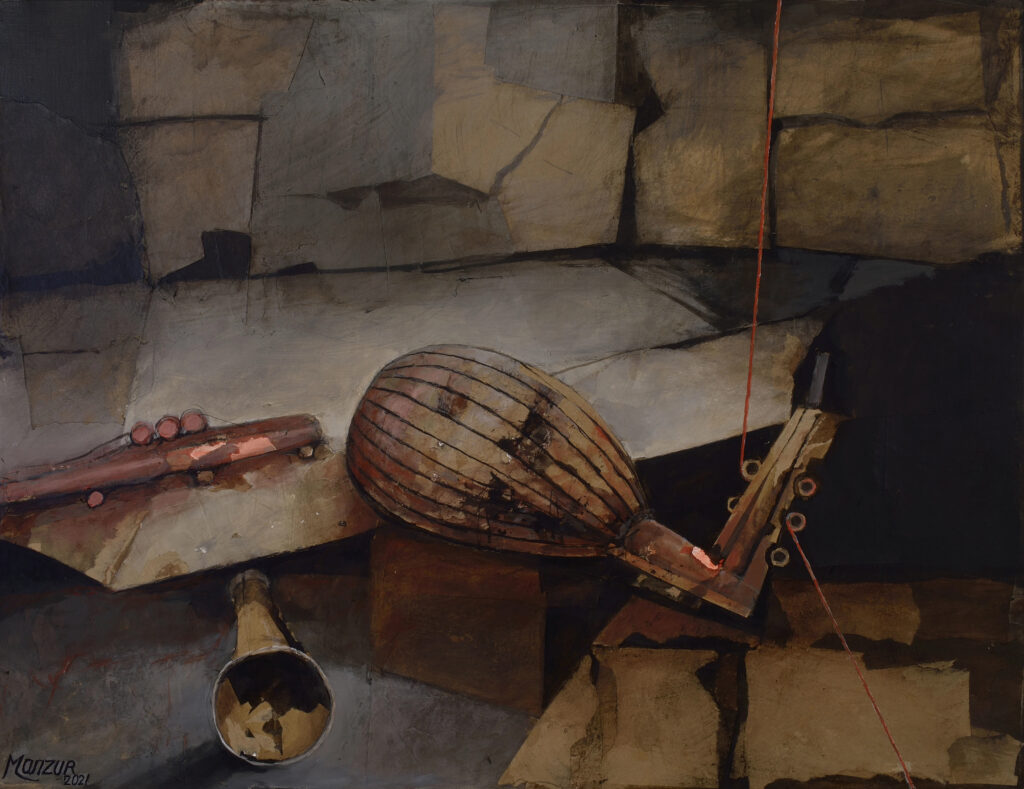 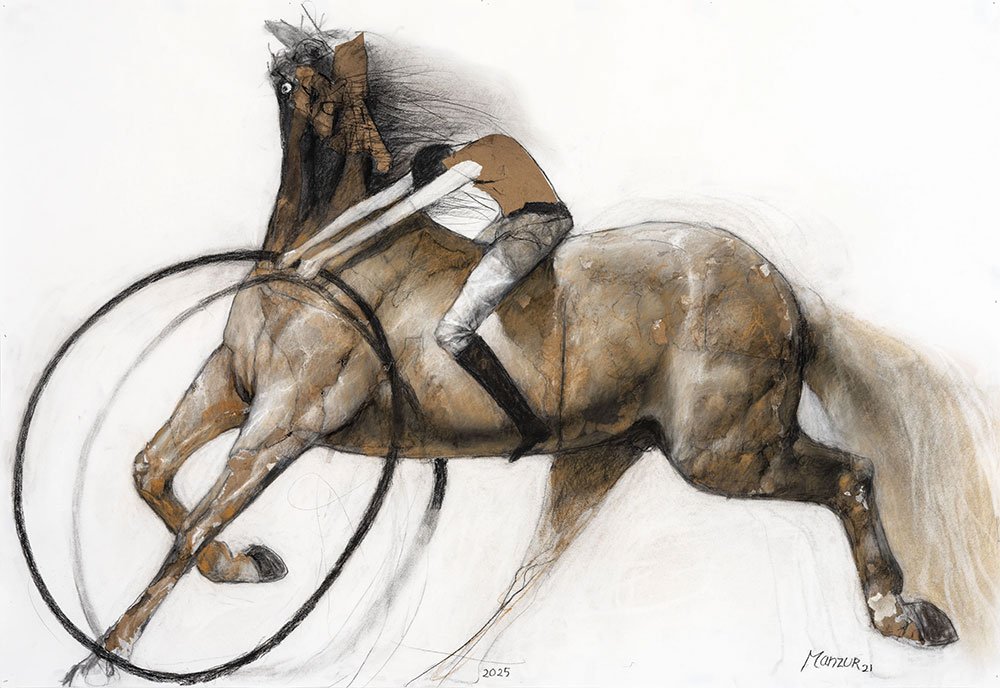 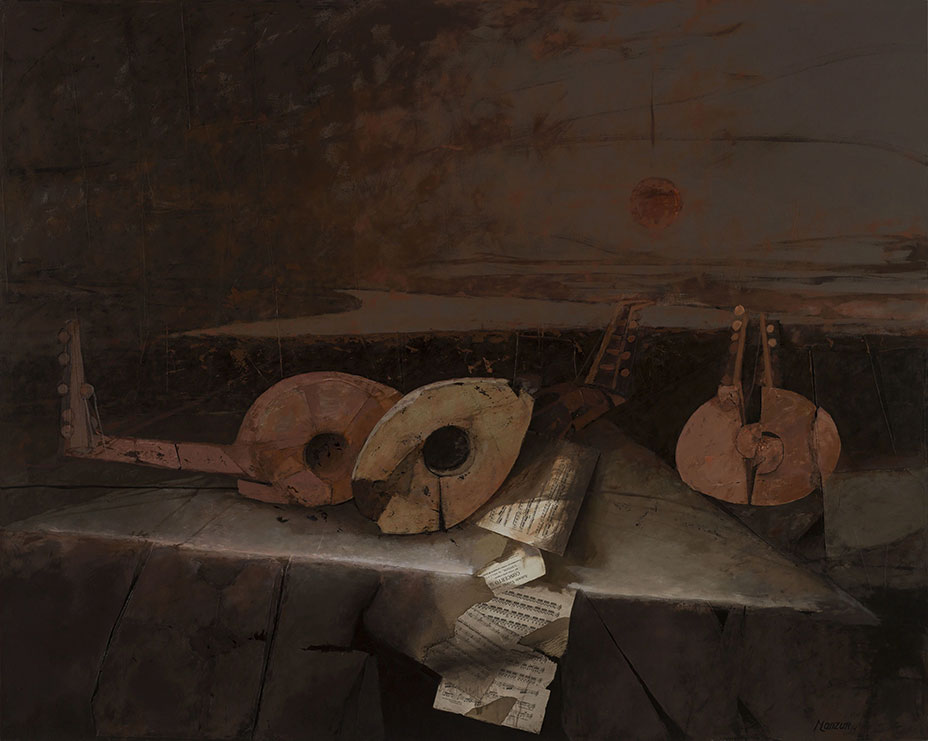 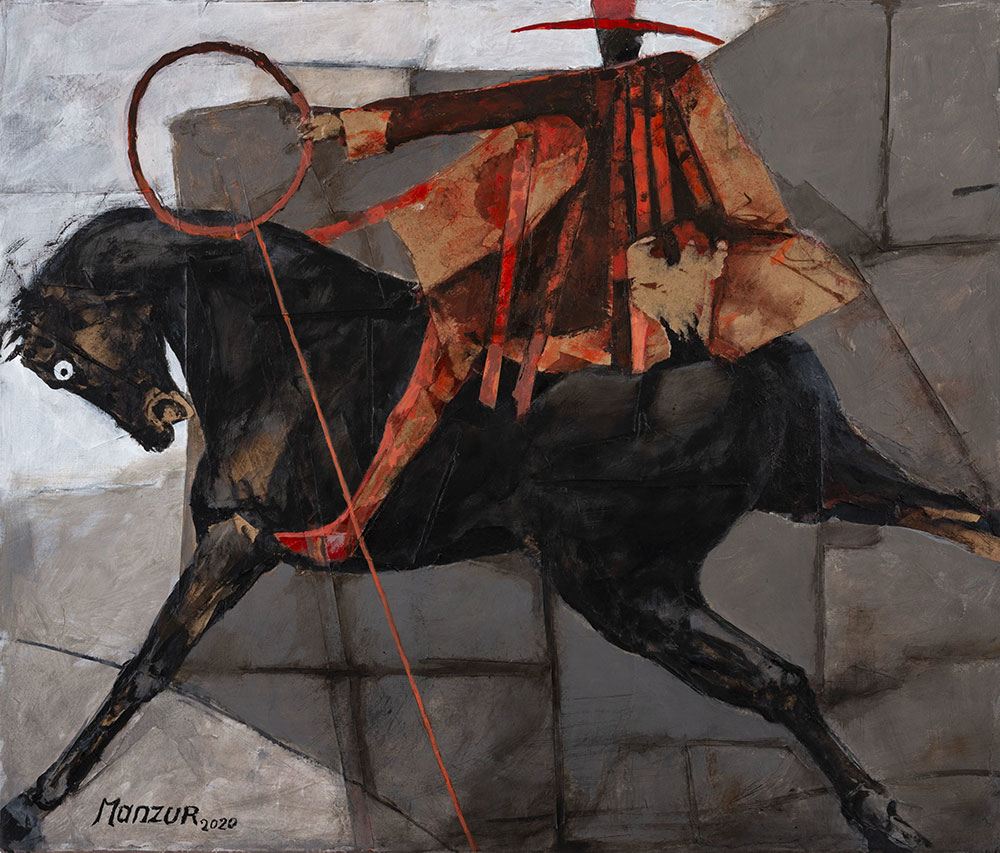 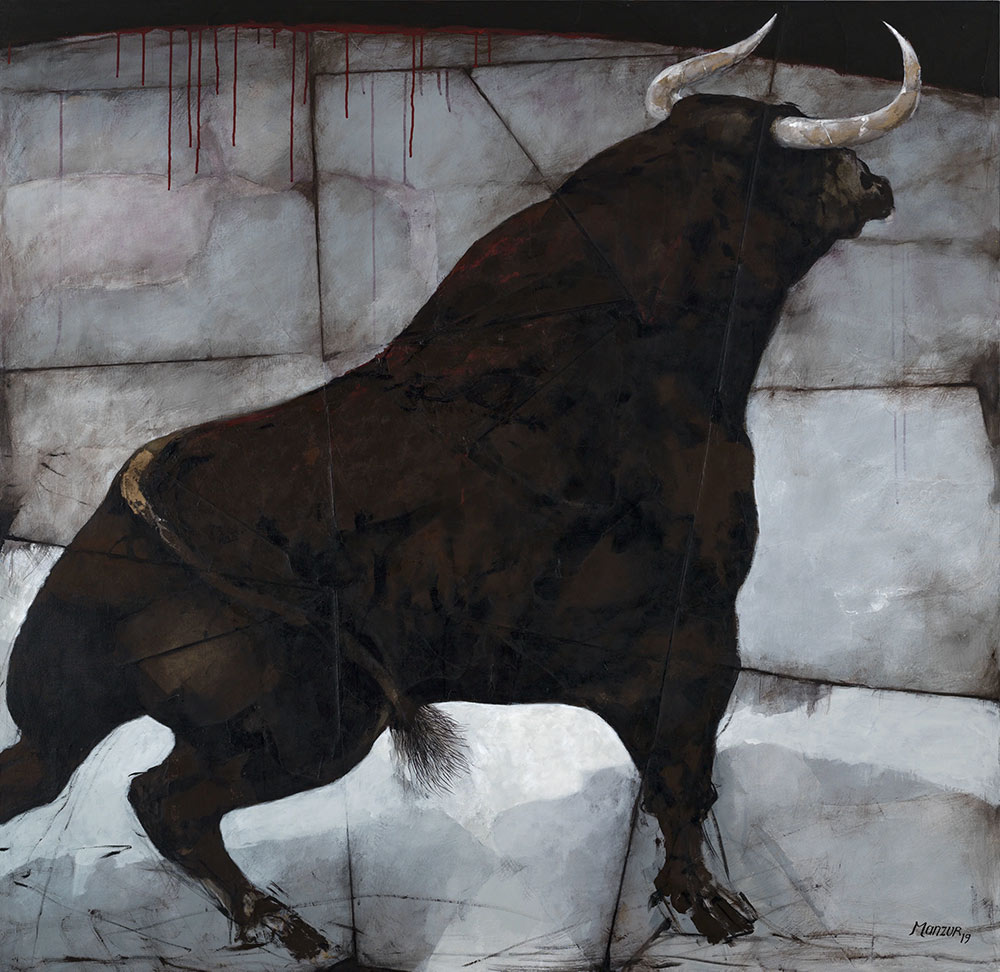 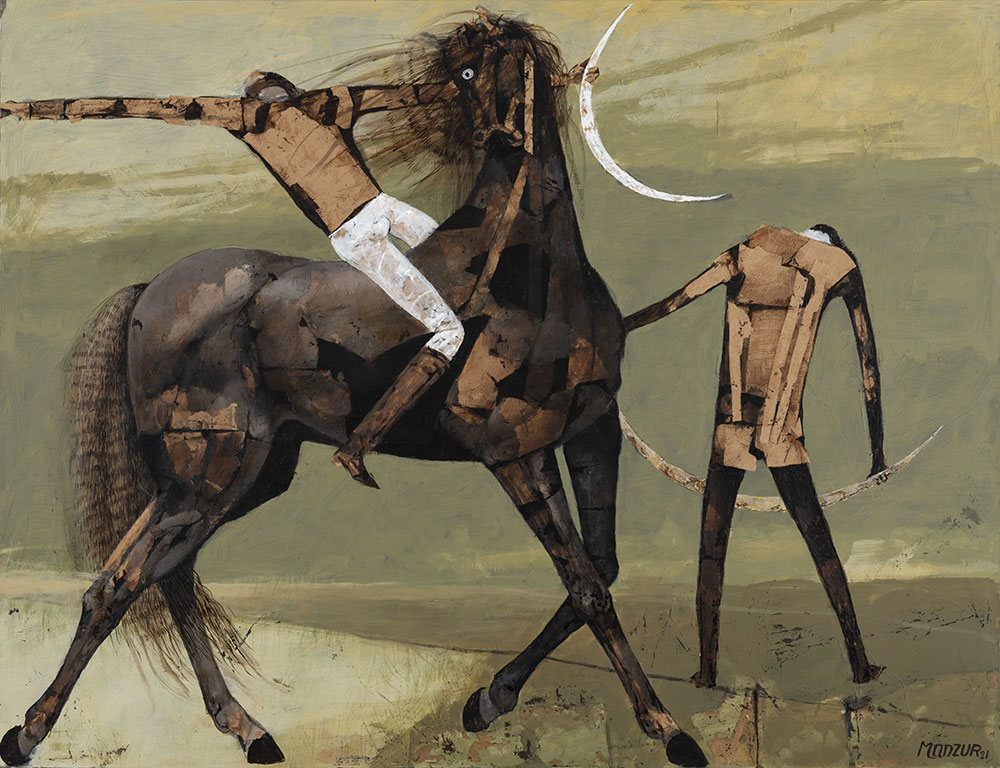 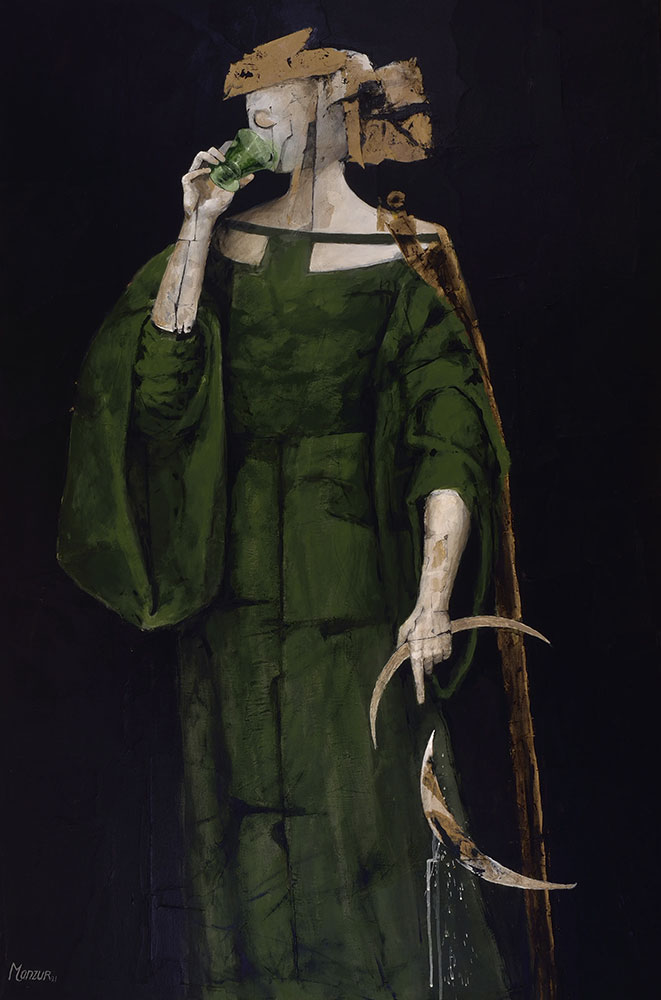 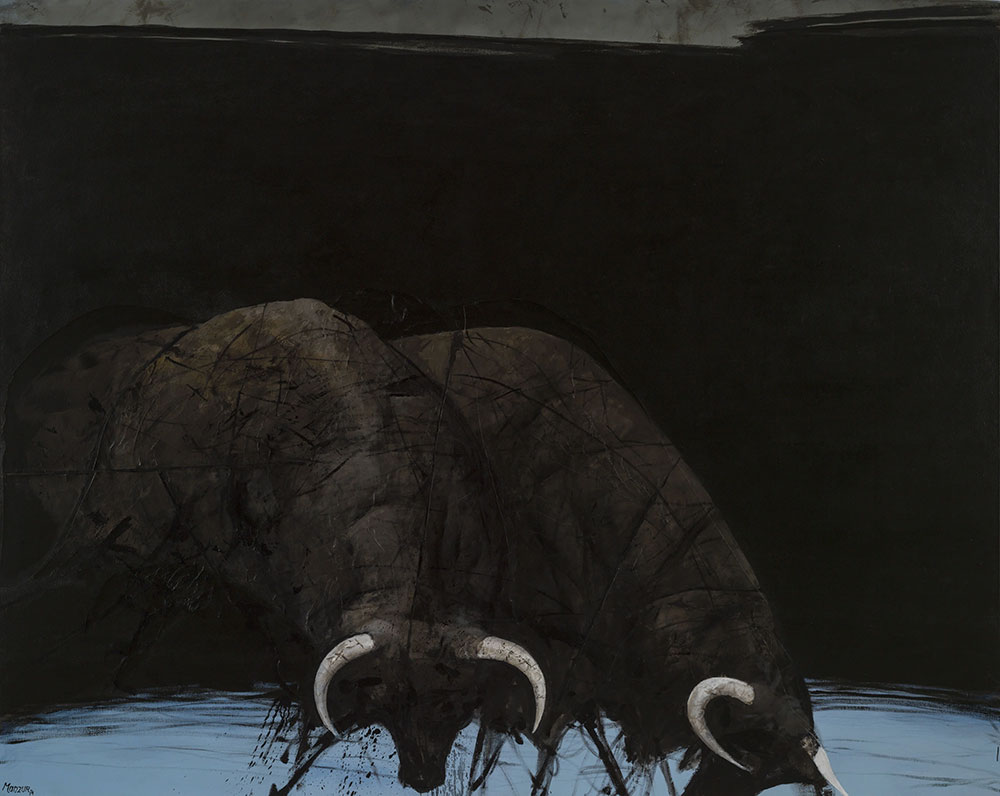 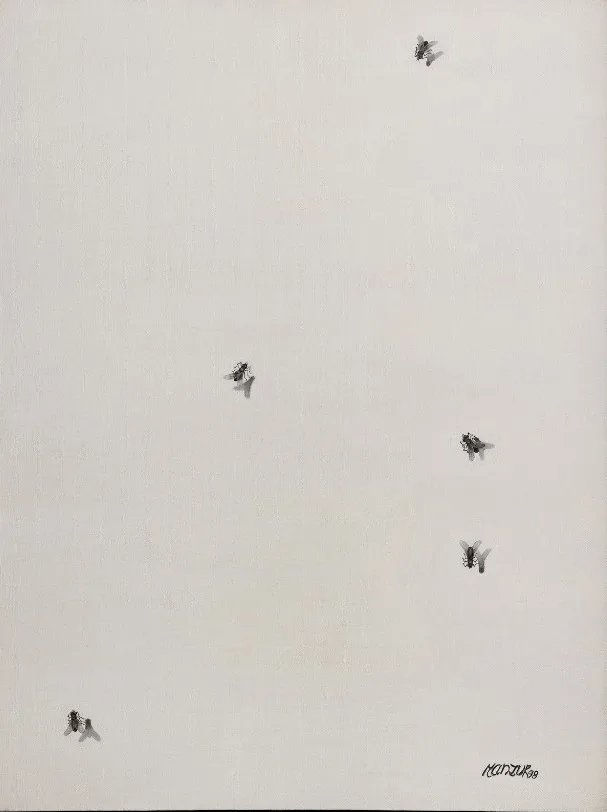 David Manzur was born in Neira, a mountainous region in northwestern Colombia, on December 14, 1929. During 1934, his parents decided to move to Lebanon as a consequence of an economic crisis, but not before a stopover in Spain. So it was that already on the trip the Civil War broke out, completely changing the family’s plans and almost forcing them to settle elsewhere, more specifically in the port of Bata, capital of Spanish Guinea (now Equatorial Guinea), Africa.

When the Spanish Civil War ended in 1939, it seemed that they could now stick to their original plan, but that same year saw the first fighting of World War II. Their parents, having the safety and education of their children as a priority, decided to board in religious schools in the Canary Islands. David Manzur remembers how strict the school seemed to him, and how difficult it was to be so far away from his family (they were 17 days away). But it wasn’t all bad, because that’s where he had his first approach to painting. 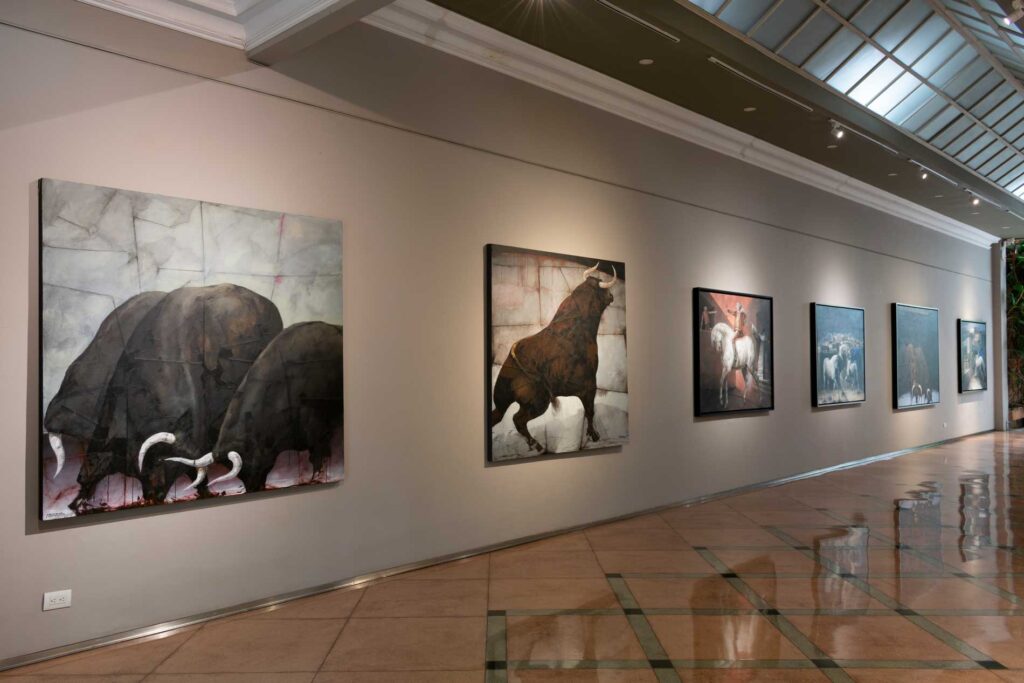 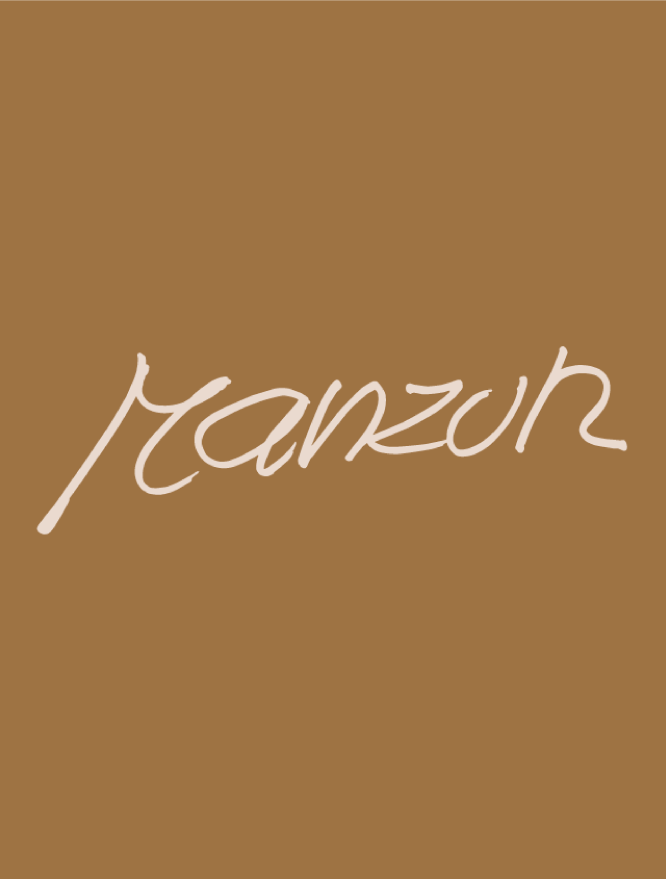 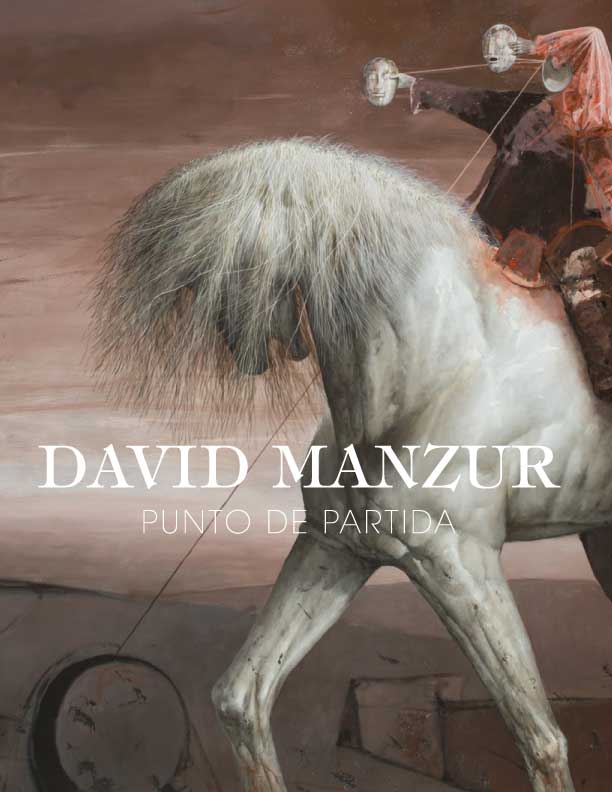 At 93 years old, David Manzur continues to delight us with his painting as if it were the first day, but this year marks 70 years since the beginning 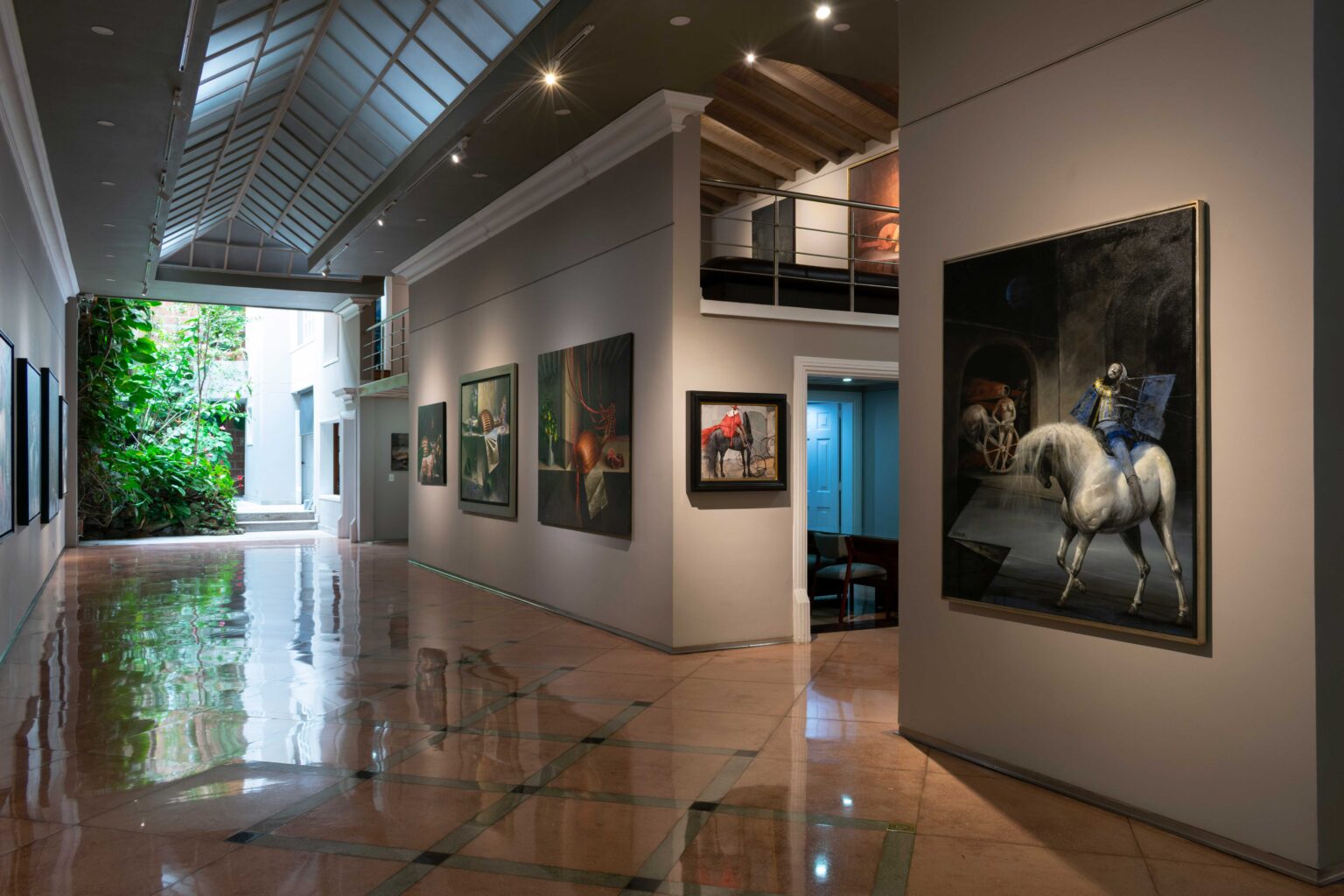 Beyond an exhibition that wants to focus on how exquisite it is to appreciate a work of the master for its visual content, the exhibition