His fascination with Colombian nature persists throughout his work. Condors, bulls, barracudas, seas, gardens, landscapes, fish, seagulls, images of the wind, sun and clouds are some of the elements present in his works that took on symbolic dimensions. 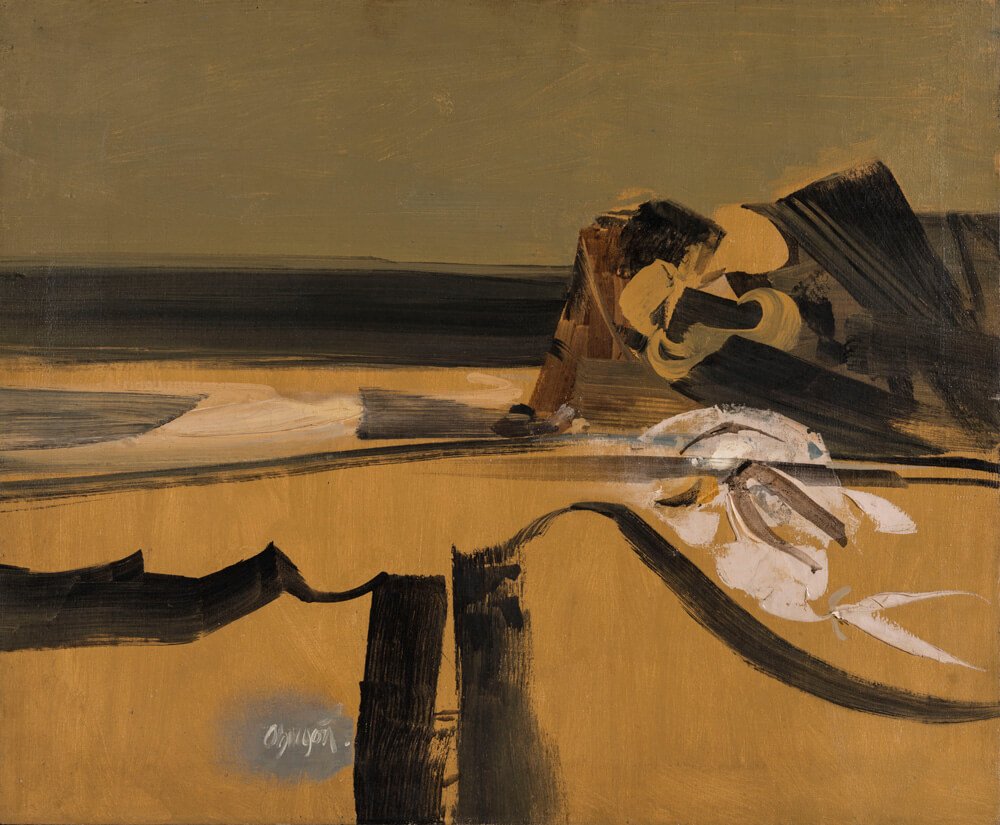 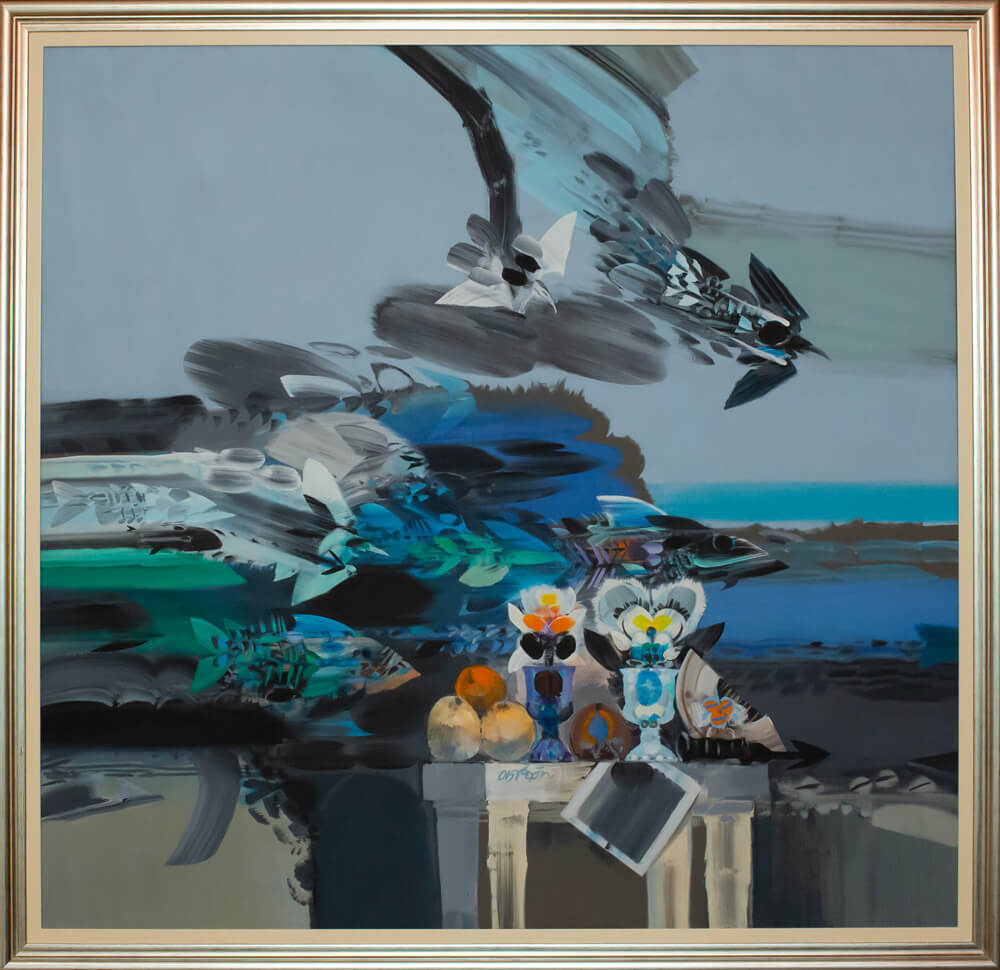 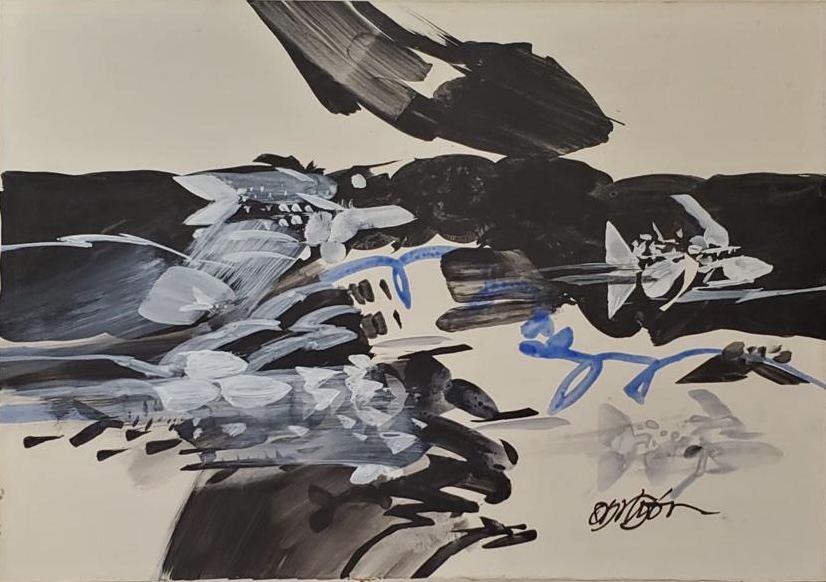 Alejandro Obregón was born in Barcelona, Spain in 1920. When he turned 16, he and his family moved to Barranquilla, Colombia. His father is Colombian, so he has always been deeply linked to the Colombian Caribbean.

He worked alongside his father in their textile factory as a production supervisor, but it wasn’t long before he realized it wasn’t what he wanted, and he started working as a truck driver in Catatumbo. That’s where he discovered he wanted to be a painter.

In his early works, a lot of experimentation is perceived. Obregón, despite having attended art school, trained by experimenting and analyzing the work of artists he admired such as Francisco de Goya, Diego Velázquez, Rembrandt and Picasso; however, there is no doubt that one of the greatest influences on his artistic style was Cézanne.

His painting is characterized by a thick and free brushstroke, strong and vibrant colors, and vigorous strokes.

He settled in Bogotá. There he studied with the painter Ignacio Gómez Jaramillo. He was later appointed professor at the School of Fine Arts.

He found his style in magical expressionism. Since then, his name was always at the top and his works were exhibited with great commercial success. In his canvases, creative fantasy and emotive elements predominated. Alejandro Obregón recreated the environment, harmoniously transfigured the landscape, altered the human figure and used color to present his emotions.

In May 1949 he traveled to Paris until 1954. He dedicated himself to defining and qualifying his style. A very important event happened there, he met Picasso. He began to gain fame in Europe, holding exhibitions in Germany, Montelimar and Paris. He was also in North America, where he exhibited at the Pan-American Union in Washington, thus definitively positioning himself as one of the great contemporary artists.

Upon his return to Colombia, Alejandro Obregón led the national visual arts movement. He began a painting of symbolist tendency represented by animals such as the bull, symbol of strength, the fish, symbolic in the religious world, flowers, symbolizing tenderness, elements of everyday life and American products such as tobacco or corn.

During 1958 and 1965, Alejandro Obregón was the most influential painter in the country, mixing the new and the modern. He was awarded first prize in Painting at the National Salon, with the oil paintings Violencia and Icaro y las avispas.

He died on April 11, 1992 from a brain tumor that in his last years affected his eyesight. 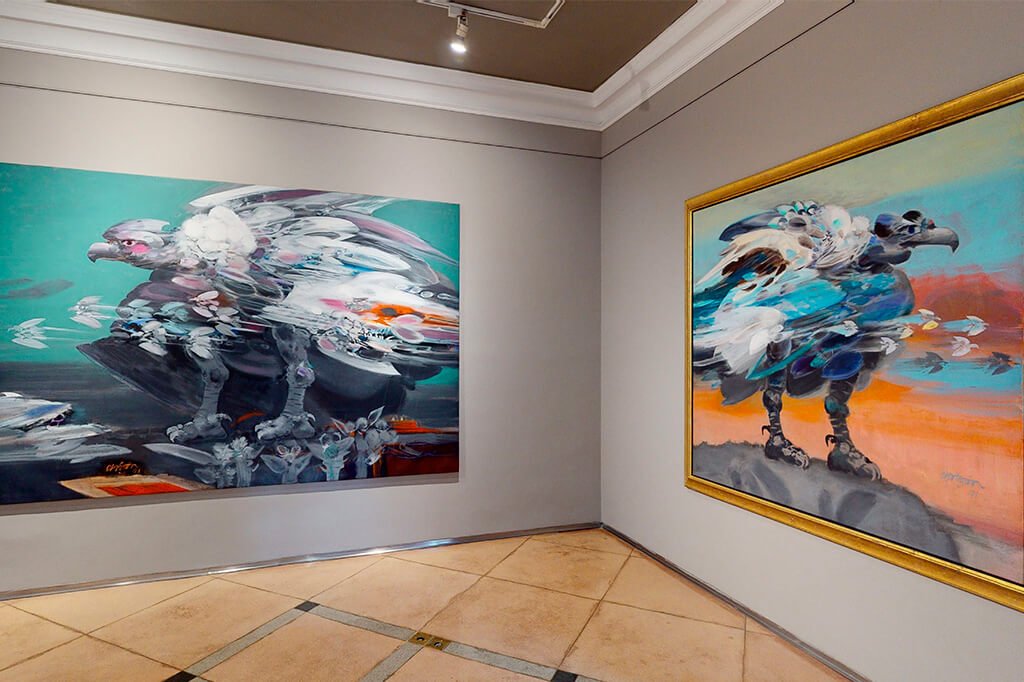 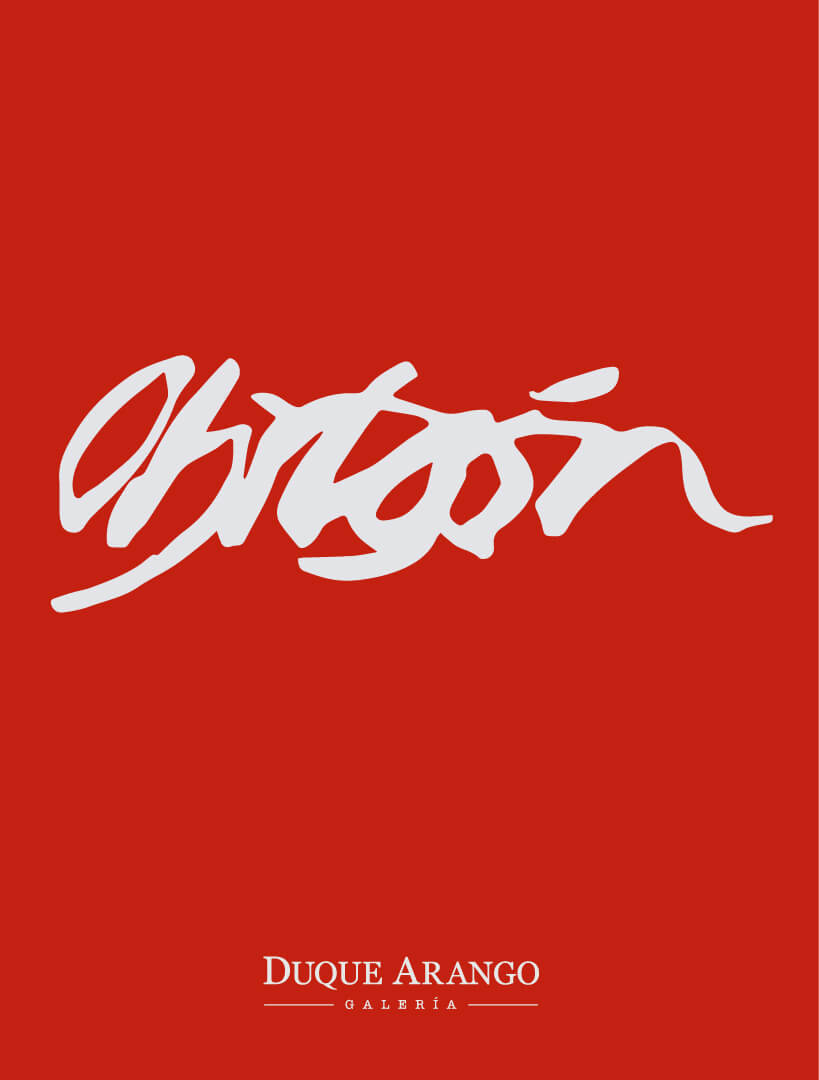 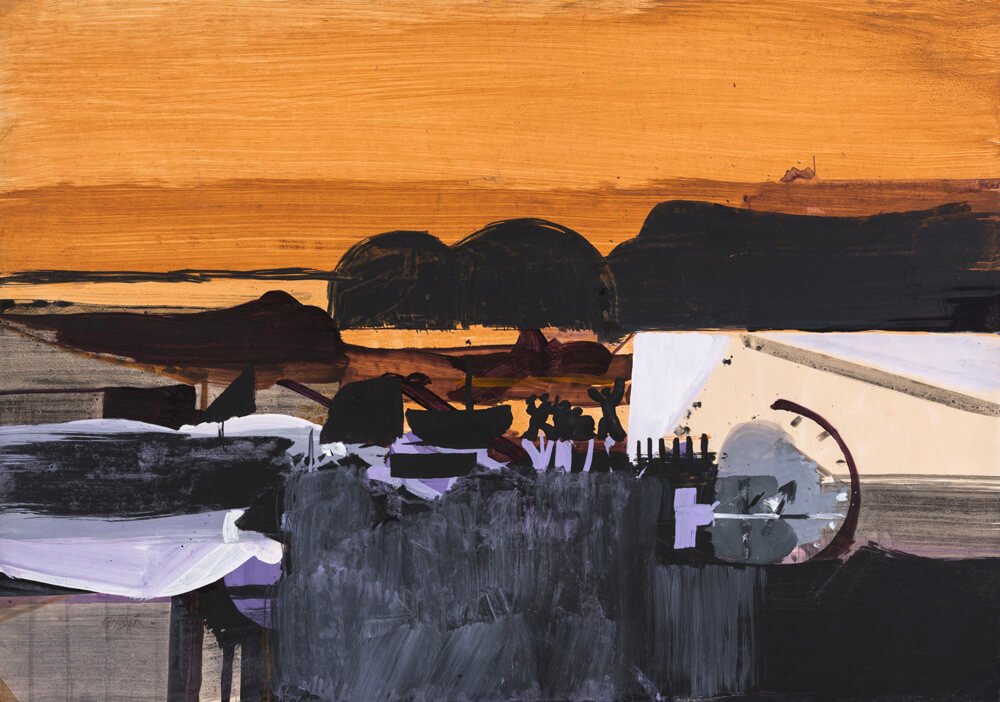